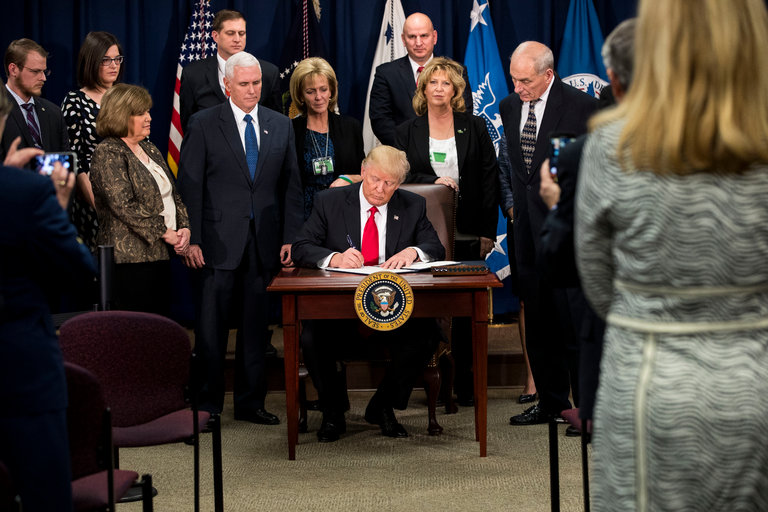 President Trump is expected to issue on Monday a new version of his executive order on immigration. (Courtesy: Doug Mills, The New York Times)

(Ron Nixon & Maggie Haberman, The New York Times) – President Trump is expected to issue on Monday a new version of his executive order on immigration that excludes Iraq, a key ally in the fight against the Islamic State, from a list of predominantly Muslim countries whose citizens will face temporary restrictions on travel to the United States.

The new order would temporarily stop all refugee admissions to the United States, said a senior administration official familiar with it. The previous version included a 120-day ban on all refugees other than Syrians, who were barred indefinitely.

The new order removes the extra restrictions on Syrian refugees. It is unclear how long the temporary ban would last.

The earlier order has been blocked by the courts; the change on refugees is intended to help the new version withstand legal scrutiny. The new order would not affect people with green cards or those holding a valid visa at the time the order is signed.

While some provisions in the new order have been relaxed, Mr. Trump and immigration hard-liners in the administration are expected to assert that the new version is no less strict because it retains a temporary ban on refugees.