Trump proposes over a billion dollars to revive the uranium industry 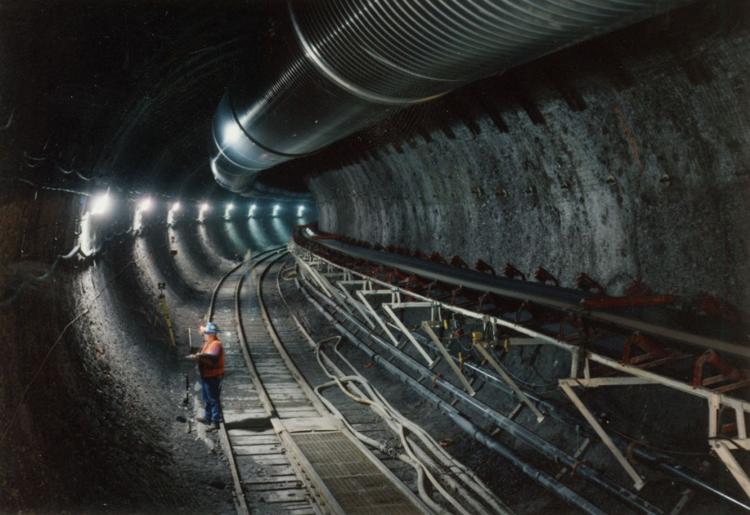 Since the 1980s, the plan was to store the nation’s spent fuel rods inside the Yucca Mountain in a Nevada Desert. But political fighting has all but stopped the project, leaving nuke plants to store their spent fuel on site.
Photo courtesy of the U.S. Department of Energy

(Joe Chen) – President Donald Trump proposed more than a billion dollars for reviving the uranium industry – including spending $150 million a year to create a national uranium reserve – in his 2021 budget.

“The Budget establishes a Uranium reserve for the United States to provide additional assurances of availability of uranium in the event of a market disruption,” Trump’s budget cites.

The U.S. uses millions of pounds of uranium every year for the military and for fueling domestic nuclear power plants. The U.S. currently imports 90 percent of its uranium from countries such as Canada, Australia, Russia and Kazakhstan, the U.S. Energy Information Administration cites.

“The United States should not be dependent on foreign imports of uranium. It is a risk to our national security,” U.S. Sen. John Barrasso, chairman of the Senate Environment and Public Works Committee, said in a statement. “For years, Russia has manipulated the uranium market to unfairly undermine American uranium production.”

If Trump’s budget is approved, the government would start purchasing domestic uranium next year.

“The President’s proposed budget includes up to $150M per year from 2021 through 2030 to purchase domestic uranium,” Jeff Klenda, chairman of Ur-Energy, recently told Investor Intel.

“We are very pleased that President Trump provided for a national uranium reserve and acknowledged that the domestic production of uranium is a national security issue in his Fiscal Year 2021 – A Budget for America’s Future,” George Glasier, founder and CEO of Western Uranium & Vanadium Corp, recently told Investor Intel.

“It’s not the responsibility of the taxpayer to bail out an industry, whether that’s uranium, solar, coal, what have you,” Katie Tubb, senior energy policy analyst at the conservative Washington Heritage Foundation, recently told AP reporters.

Although Trump claims the reserve is needed for national security, the Energy Department recently told the AP during its budget presentation that “No immediate national security need has been identified.”

Trump did not propose a budget for Nevada’s Yucca Mountain nuclear waste repository.

“Nevada, I hear you on Yucca Mountain and my Administration will RESPECT you!” Trump tweeted on Feb. 6. “Congress and previous Administrations have long failed to find lasting solutions – my Administration is committed to exploring innovative approaches – I’m confident we can get it done!”