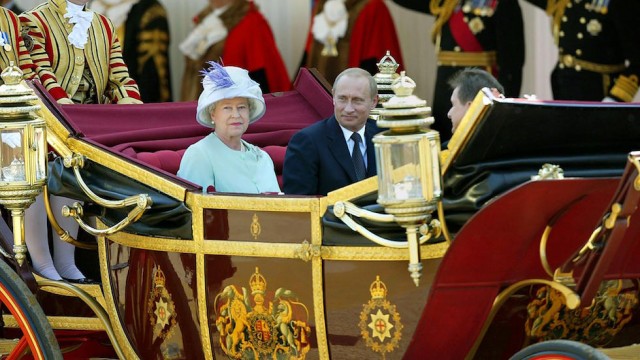 (Brooke Seipel, The Hill) – President Trump has requested a ride with Queen Elizabeth II in a gold-plated carriage during his visit to the United Kingdom this October, according to a report by The Times of London.

The tradition of world leaders taking a carriage ride along the mall from the Royal Mews to Buckingham Palace with the Queen is not entirely unusual.

The decision has not yet been confirmed, and aspects of Trump’s visit are still in flux.

While President Obama chose not to ride in such a carriage during his U.K. visit, other world leaders — including Russian President Vladimir Putin, Mexican President Enrique Peña Nieto, and Chinese President Xi Jinping — have taken such carriage rides during state visits.