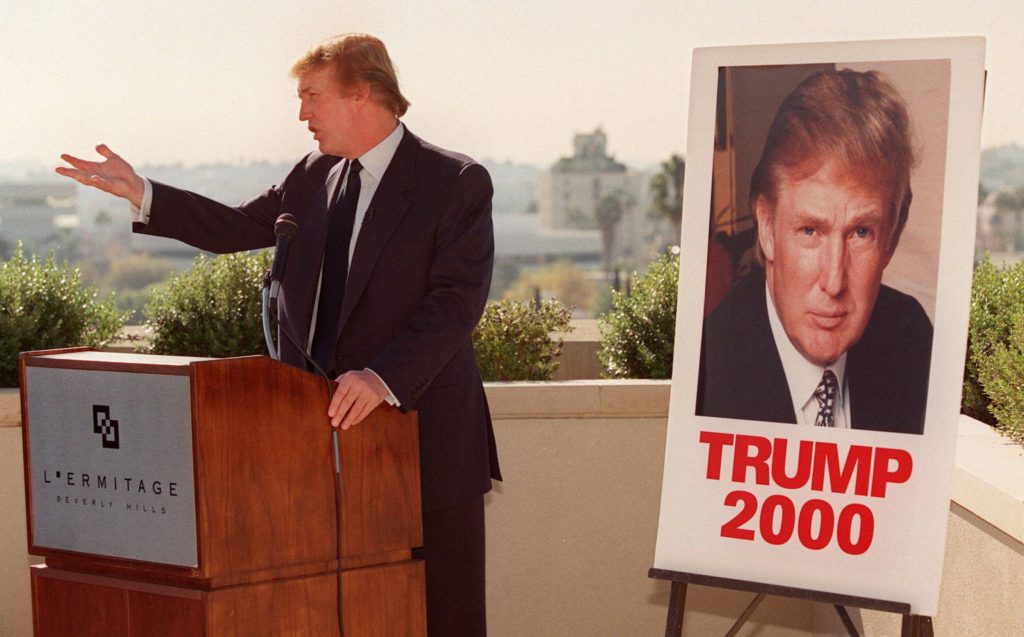 Donald Trump made an appearance for the media atop a Beverly Hills, California hotel Monday, Dec. 6, 1999. (Courtesy: Associated Press)

Ahead of the meeting, Japanese officials have reportedly been preparing by, among other things, reading Trump’s 1990 interview with Playboy Magazine, during which he rails against Japan on trade, according to the Wall Street Journal’s Jacob M. Schlesinger and Alastair Gale.

Although reading a quarter-century old article from Playboy in preparation for talks may at first seem to be somewhat unorthodox, in the interview Trump discusses many talking points about foreign policy and economics similar to those he pitched during his campaign for the White House.

At the time, he told Playboy that he was “one hundred percent sure” he does not want to be president unless he saw “this country continue to go down the tubes.” Nevertheless, he did answer a variety of questions regarding what he would do as president and how he, at the time, perceived other countries and leaders.