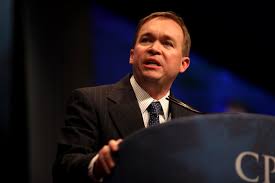 (Jill Disis, CNN) – Mick Mulvaney told CNN’s Jake Tapper on Sunday that he has long thought the previous administration framed data to make the unemployment rate “look smaller than it actually was.”

“What you should really look at is the number of jobs created,” Mulvaney said on “State of the Union.” “We’ve thought for a long time, I did, that the Obama administration was manipulating the numbers, in terms of the number of people in the workforce, to make the unemployment rate — that percentage rate — look smaller than it actually was.”

Trump repeatedly railed on the unemployment rate during Obama’s time in office as a “hoax.”

Trump once claimed that he had “heard” the rate could be as high as 42% — even though at the time it was about 5%.