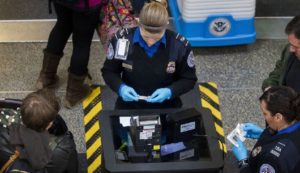 Despite efforts to curb the bad, sometimes criminal behavior, complaints of misconduct have grown by more than 29 percent from fiscal 2013 to 2015, the six-month investigation conducted by the GOP majority on the panel found.

While the number of misconduct allegations have increased, TSA continues to lack a process to adequately address the complaints and the number of investigations into the misconduct has actually decreased with fewer disciplinary actions against employees taken, according to the report.

N&V StaffMay 18, 2017
Read More
Scroll for more
Tap
Feds Arrest Press for Reporting on Open Border
Speed Up, Slowpoke, or Get a Ticket