Turner: President Trump deploys his most valuable asset, his daughter 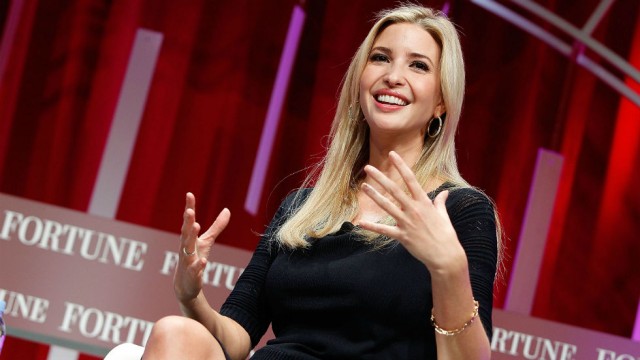 (Gillian Turner, The Hill) – Ivanka Trump’s star is ascendant at 1600 Pennsylvania Avenue and around the world, too.

Foreign leaders including German Chancellor Angela Merkel and Canadian Prime Minister Justin Trudeau have taken a shine to the First-Daughter, and the recent successes she’s enjoyed during foreign head of state visits at the White House haven’t gone unnoticed by the President’s inner circle.

Now, the administration is eager to capitalize on the good impressions and goodwill she’s generated among America’s allies around the world, and in just a few weeks will deploy her overseas to Germany to participate in the W20 Summit for Women’s Empowerment. This will be her first official foreign trip, and her mettle as a representative of her father will be put to the test.

Should her visit yield the degree of interest and enthusiasm she’s enjoyed on home turf, she’ll return to Washington primed for a future in American diplomacy.

Now, in addition to the accoutrements of White House life (a security clearance, a coveted West Wing office and accompanying parking spot on West Executive Avenue, multiple government-issued communications gadgets) Ivanka has been designated an Assistant to the President, a commission bestowed on top-tier White House officials in every administration. With her position now formalized, she joins the ranks of the President’s Chief of Staff, his National and Homeland Security Advisers, Communications Director, Chief Counsel, Staff Secretary, and only a handful of others in a very exclusive orbit.