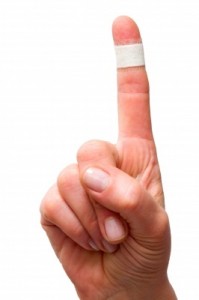 (Geoffrey Lawrence/NPRI) – Gilbert Berdine, M.D. and medical professor at Texas Tech University, delivered an excellent diagnosis today. His diagnosis is not of a patient’s particular ailment, however. It is of the ailments afflicting the US health care system in general.

Berdine details how federal and state interventions in the health care industry are directly responsible runaway costs, less cost-effectiveness and, in some cases, poorer health outcomes.

Berdine traces how the Medicare Part A entitlement has led to a popular misperception of the role of health insurance. As I have written in the past, the major cause of skyrocketing prices for health insurance is that insurance is expected and, in many cases, mandated to cover conditions that are not “insurable.” That is, health insurance is no longer used to insure against unforeseen calamity; it is used to finance the cost of routine care. As Berdine points out, this function does not constitute “insurance,” it is just a socialization of costs. The only way that beneficiaries of a cost-sharing pool can benefit is to force lower-risk and lower-cost individuals into the pool – hence the impetus for a government mandate to participate in the cost-socialization scheme.

Berdine shows that the forced socialization of health expenditures is unaffordable for most households. Using data from the US Department of Health and Human Services and the Bureau of Labor Statistics, he calculates that the “the minimal cost of a fully homogenized national health-insurance policy where everything is covered, everyone is covered, and there are no preexisting conditions” for the average American household of 2.63 individuals is $20,632. The problem is that after that household has covered their taxes and food, clothing and housing costs, only $16,529 remains.

The high costs of health care socialization – a phenomenon that began long before the passage of Obamacare – can only be financed through government borrowing or money-printing. Berdine points out that payroll taxes intended to finance Medicare Part A are completely incapable of meeting the skyrocketing demand for medical services associated with the moral hazard problem of comprehensive health insurance. Forty percent of the financing for Medicare Part A today comes from general revenues while general revenues finance the entirety of Parts B and D. With the most realistic accounting assumptions, Medicare is facing an unfunded future liability of more than $100 trillion. These deficits are financed through government borrowing or money-printing, leading Berdine to conclude that the US health care system is in a credit-induced bubble.

Berdine ultimately recommends four steps to fixing the broken US health care system. The linchpin, however, is in the first recommendation:

1.Limit insurance to insurable conditions and eliminate all regulatory barriers to the provision of health insurance;

2.Eliminate the barriers to the production and delivery of healthcare, including licensing restrictions;

3.Eliminate the barriers to the production and delivery of medicines and medical technology, including patents; and

4.Eliminate the socialization of healthcare costs and the subsidies for being sick.

Great advice from someone who actually understands both medicine and economics.

Those in Washington and Carson City should be paying attention, because they have repeatedly demonstrated a failure to understand both disciplines.

N&V StaffOctober 7, 2022
Read More
Scroll for more
Tap
Obama Definitely NOT A Triple A President
In Support Of The State Transportation Flexibility Act