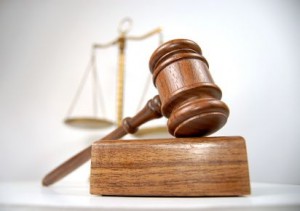 (Institute for Justice) – In a victory for free speech and political participation, today the U.S. Supreme Court ruled that the “matching funds” provision of Arizona’s so-called “Clean Elections” Act is unconstitutional. The landmark case is Arizona Free Enterprise Club’s Freedom Club PAC v. Bennett, argued by the Institute for Justice. Both IJ and the Goldwater Institute had challenged Arizona’s law in court.

“This case is a clear reminder to government officials that they may not coerce speakers to limit their own speech,” said Bill Maurer, an attorney with the Institute for Justice, who argued the case. “The Court’s decision today, like other recent decisions, makes clear that the First Amendment is not an exception to campaign finance laws; it is the rule.”

Maurer said, “As a result of today’s ruling, government can no longer use public funds to manipulate speech in campaigns to favor government-funded political candidates and turn the speech of traditionally funded candidates into the vehicle by which their entire political goals are undermined.”

Arizona’s “Clean Elections” Act manipulated election speech by favoring candidates who participated in the public funding system over those who chose to forego taxpayer dollars and instead raised funds through voluntary contributions. For every dollar a privately funded candidate spent above a government-dictated amount, the government gave additional funds to his opponent. The Act even matched funds spent by independent groups that supported privately funded candidates, thereby canceling out those independent groups’ speech.

According to the Court, “The direct result of the speech of privately financed candidates and independent expenditure groups is a state-provided monetary subsidy to a political rival. That cash subsidy, conferred in response to political speech, penalizes speech.”

The Court’s decision followed the reasoning of its 2008 decision in Davis v. FEC, in which it struck down unequal contribution limits for candidates. As the Court said in today’s decision, although the penalty imposed by Arizona’s law is different in some respects from the law in Davis “those differences make the Arizona law more constitutionally problematic, not less.”

For example, Arizona’s law matches not only candidate expenditures, but those of independent expenditure groups, such as the clients represented by the Institute for Justice. As the Court put it “the matching funds provision forces privately funded candidates to fight a political hyrdra of sorts. Each dollar they spend generates two adversarial dollars in response.”

At bottom, the matching funds provision was a bald attempt by the state to manipulate speech by forcing speakers to either trigger matching funds, change their message, or refrain from speaking. According to the Court, “forcing that choice . . . certainly contravenes ‘the fundamental rule of protection under the First Amendment, that a speaker has the autonomy to choose the content of his own message.’”

Moreover, the Court recognized that the end result of the matching funds was the total curtailment of political speech, for “If the matching funds provision achieves its professed goal and causes candidates to switch to public financing, . . . there will be less speech: no spending above the initial state-set amount by formerly privately financed candidates, and no associated matching funds for anyone. Not only that, the level of speech will depend on the State’s judgment of the desirable amount, an amount tethered to available (and often scarce) state resources.”

But as the Court strongly reiterated today, “the whole point of the First Amendment is to protect speakers against unjustified restrictions on speech, even when those restrictions reflect the will of the majority. When it comes to protected speech, the speaker is sovereign.”

In finding that matching funds substantially burden speech, Chief Justice Roberts pointed to research by University of Rochester political scientist David Primo, an expert in the case. Contrary to claims of Clean Elections’ backers, Dr. Primo’s original research “found that privately financed candidates facing the prospect of triggering matching funds changed the timing of their fundraising activities, the timing of their expenditures, and, thus, their overall campaign strategy” to avoid sending additional funds to opponents. The research is available here.

Today’s ruling is important not just for those states and municipalities that have similar “matching fund” systems. As Maurer explains, “The decision prohibits government from attempting to level the playing field among political speakers by creating disincentives for some and incentives for others. The clear message of the First Amendment to government is: Hands off!”

Although today’s ruling affects only the matching funds provision of the Clean Elections Act, there is a measure on the November 2012 Arizona ballot that would end the whole Clean Elections system by forbidding government support of candidate campaigns.

“Now that matching funds are no more, we do not have to censor our own speech,” said Steve Voeller of the Arizona Free Enterprise Club’s Freedom Club PAC. “As long as this law was in place, we knew that that speaking out in the election meant that our political opponents would be showered with government money. The more we spoke, the more politicians we opposed benefitted. Now we can actually speak freely.”

Shane Wikfors of the Arizona Taxpayers Action Committee said, “We have always believed that this law was meant to corral not only candidates but also voters by limiting political speech, intimidating organizations like ours and ultimately leading to a political outcome that was tainted by the state’s involvement. We are grateful that the Court protected political expression and struck down this unconstitutional state intervention.”

Rick Murphy said, “I’m grateful a majority of the justices recognized that the government shouldn’t try to ‘level the playing field’ of free speech with public money.”

Dean Martin said, “After nearly a decade, justice has prevailed. Now I am looking forward to November 2012, when the voters have a chance to get rid of the rest of taxpayer money that support politicians.”

Many observers anticipated the Court would strike down the matching funds program. IJ-Arizona Staff Attorney Paul Avelar explained, “It was pretty clear that matching funds violate the First Amendment rights of candidates, citizens and independent groups. The Ninth Circuit’s decision, now overturned, was so inconsistent with protections for free speech in campaigns that two other federal appellate courts almost immediately refused to follow it. In those cases, the courts struck down matching funds systems in Connecticut and Florida.”

“This is yet another example of an important judicial trend the Institute for Justice has advocated since our founding—that of judicial engagement,” said Institute for Justice President and General Counsel Chip Mellor. “The Court looked beyond the state’s claims about Clean Elections to its substance. It recognized that the real purpose of the law was not to eliminate corruption, but to level the playing field by manipulating speech. In the past, the courts have all too often rubberstamped the government’s claims about corruption in elections and upheld campaign finance laws that violated First Amendment rights. The Court seems to be moving in the other direction in campaign finance, and as a result, we are all freer.”

Arizona Free Enterprise Club’s Freedom Club PAC is just one of several challenges the Institute for Justice is litigating against restrictions on free speech by campaign finance laws. Mellor promised that “IJ will continue to fight against laws that reduce speech, silence disfavored speakers and viewpoints, and allow government to manipulate the marketplace of ideas thereby stripping away people’s right to govern themselves.”

Social science research shows that the purported benefits of public funding programs rarely materialize, while the costs to candidates and independent groups are real. Dr. Primo summed up the findings of the best available research in a paper for the Institute for Justice (available at http://www.ij.org/about/3466), and concluded, “Public funding is a program that promises much and delivers little.”

IJ recently won a landmark victory for free speech in federal court on behalf of SpeechNow.org, an independent group that opposes or supports candidates on the basis of their stance on free speech. IJ also won on behalf of a group of neighbors who were prosecuted by their political opponents under Colorado’s byzantine campaign finance laws merely for speaking out against the annexation of their neighborhood to a nearby town. In addition, IJ won recent victories for free speech in Florida when a federal judge struck down the state’s broadest-in-the-nation “electioneering communications” law and in Washington when it stopped an attempt to use the state’s campaign finance laws to regulate talk-radio commentary about a ballot issue.