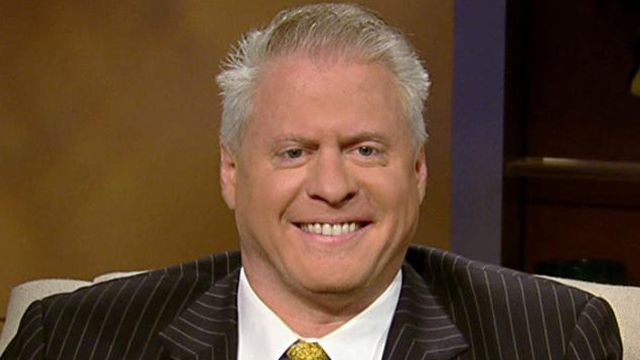 Root’s unique and dramatic radio rise began only a year ago with his debut of a one-hour show on KBET in Las Vegas at 6 PM. Root quickly moved to 3 PM to 6 PM afternoon drive time. Now Root takes his act onto the national radio stage with USA Radio.

USA Radio provides syndicated top of the hour news for hundreds of stations across the USA, as well as syndication for a variety of talk hosts.

Root was opening speaker for all six of Donald Trump’s rallies in front of thousands in Las Vegas. He made well over one thousand media appearances to support and defend Donald Trump during the campaign, including many appearances on international television and radio, including UK, Canada, Australia, Israel, Japan, Russia, Germany, and Romania.

Root was also chosen in 2016 to deliver the official Tea Party Response to President Obama’s State of the Union Address. Root was the first non-politician chosen to deliver the conservative response to Obama, following in the footsteps of United States Senators, Congresspersons, and Presidential candidates.

USA Radio CEO Floyd Brown said, “I am extremely excited to announce the addition of Wayne Allyn Root to the daily line-up of shows available on a market exclusive basis from USA Radio. Wayne has shown by his incredible ratings and sponsorship success in Las Vegas that he will be a national star in syndicated radio. Wayne was the first to predict a Trump victory, and he will be a clear voice defending our President no matter what. You don’t want to let this amazing talk program show up on your competitor’s signal.”

Root said, “USA Radio is the perfect brand for Wayne Allyn Root. Because my brand is the USA. I believe in ‘America first and America always.” I have lived the American Dream. Only in America could a blue-collar S.O.B. (son of a butcher) achieve success as a TV host, TV producer, anchorman, entrepreneur, author, politician and now national talk radio host. God bless America.”

Root added, “My passionate belief in American exceptionalism and capitalism will be front and center on my daily radio show. I am so proud and thankful to USA Radio Network for bringing my brand of conservatism, populism, nationalism and high-energy, in-your-face, small businessman’s common sense to the entire USA. I am confident the 62 million Americans who voted for Donald Trump will find a home with “WAR Now: The Wayne Allyn Root Show.”

Root graduated from Columbia University in 1983, as a classmate of President Barack Obama. He resides in the suburbs of Las Vegas, Nevada, where he will broadcast from his flagship station KBET.