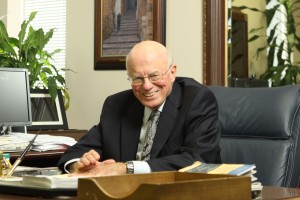 (Richard A. Viguerie) – Today conservatives and Republicans are often not the same. However, they definitely have one thing in common: They desperately want to win the White House in 2016. For Democrats this election is important, but for Republicans and conservatives 2016 is not just crucial to the survival of this country and constitutional liberty – it is the ball game.

That means Republicans must nominate a candidate who we know will govern according to constitutional principles, who is capable of drawing a clear contrast with Hillary Clinton and the Democrats on the issues of importance in today’s political environment, and who has the brains, talent and discipline to fight Hillary Clinton and win.

That candidate is Senator Ted Cruz of Texas.

To conservatives who continue to window shop I say, “What are you waiting for? In Ted Cruz conservatives have a candidate that’s everything we want.”

1.) Ted Cruz is the best presidential candidate since Ronald Reagan.

4.) Ted Cruz is one of us – a movement conservative.

5.) Ted Cruz’s commitment to governing according to the Constitution is unquestioned.

6.) Even establishment commentators are saying he’s running a brilliant campaign.

The inside-the-Beltway professional political class’ rap against Senator Cruz from the beginning has been that he can’t win, but Senator Cruz and his team have put together what political professionals and commentators in both parties have grudgingly agreed is the best campaign of this cycle.

Ted Cruz also has by far and away the best online and social media campaign of the cycle, and his Internet team and analytics are light years ahead of the other Republican candidates – and the new Monmouth poll now has him 5 points ahead of longtime frontrunner Donald Trump in Iowa.

And let’s not forget that Cruz began his 2012 Texas Senate campaign at 2%, in a poll with a 3% margin of error. He defeated an establishment Republican professional politician who had held office for many years and who spent over $20 million dollars of his own money in a vain attempt to fend-off Cruz’s grassroots conservative army.

Contrary to what many in the professional political class would like you to believe, Ted Cruz is a winner.

Who you walk with tells me who you are, and Senator Cruz is the only movement conservative in the top tier of candidates. Conservatives don’t have to wonder whether Ted Cruz will bring conservatives onto his White House staff or appoint conservatives to key decision-making roles in his administration – they are already there.

Stopping amnesty for illegal aliens and securing the border

Defeating ISIS and the doctrine of Islamic supremacy

Eliminating the burdens of the Obama regulatory state

Reining-in the IRS, the EPA and other out-of-control agencies

And most importantly, he has fought to bring the federal government back within strict constitutional limits

One of the oft-repeated criticisms of Ted Cruz is that he is not well-liked by the grey beards of the Capitol Hill Republican establishment.

I am reminded that the same was said of Ronald Reagan, that the DC establishment would never support him – and they didn’t because he wanted to end the go-along-get-along system that allows both Democrats and establishment Republicans to buy votes at the taxpayers’ expense.

Cruz’s conflicts with the Republican Party’s Capitol Hill leaders have all been about fulfilling the Party’s campaign promises. Defunding Obamacare, defunding Planned Parenthood, defunding amnesty for illegal aliens, cutting spending and standing against ISIS and Muslim terrorism are all issues that unite the vast majority of Republican voters as well as most Americans.

If Ted Cruz has made enemies among his Senate colleagues, it is for all the right reasons.

Along with Ted Cruz’s talent and zest for political combat, and consistent record of supporting conservative policy solutions, goes a methodical self-discipline and self-control that distinguish him from the longtime front runner who has been the other message-carrier for the conservative grassroots and their demand for change in Washington – Donald Trump.

Finally, and perhaps most importantly, Ted Cruz is the only candidate who can unite the conservative coalition that is necessary to win both the nomination and defeat Hillary Clinton in November.

Cruz has the record and the platform to bring together the three legs of the Reagan coalition; national defense conservatives, economic conservatives and cultural conservatives. He came to Washington on a wave of Tea Party support, and unlike Marco Rubio he did not abandon those principles once he got to DC. Cruz also has stood with the liberty movement on issues of privacy and constitutional liberty, and will attract most libertarian-leaning voters that establishment Republicans have alienated.

For these reasons, and others that I plan to share over the next few weeks, I am proud and honored to endorse Senator Ted Cruz as not just the movement conservative candidate for the Republican nomination for President, but as the candidate best able to defeat Hillary Clinton and restore constitutional liberty to this great country.