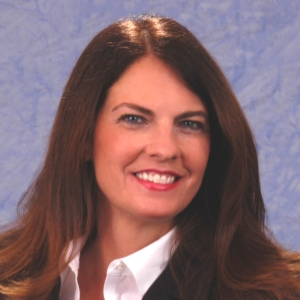 (Assemblywoman Shelly Shelton) – Nevada used to be an example for other states to follow.  For many years we were the fastest growing state in the nation. Nevada was one of the more free states in which to reside, and the spirit of the West was alive and well.

Actions once considered out of the question – like Legislators trading votes (was considered bribery) and bypassing the will of the people and the state constitution – have now become not only accepted, but something irresponsible officials brag about as accomplishments.

The Nevada constitution forbids state investment into private business.  An initiative to change that prohibition has been put before Nevadans three times.  And ALL THREE TIMES we answered with a resounding “NO”.

But none of that matters to many puppets in Carson City.  Just like when 80% of Nevadans said no to a margins tax only to have the strings pulled and their will disregarded.

After the three failed initiatives, rather than listen to the citizens of our state, the Legislature and Executive branch set out to bypass the constitution with a myriad of lawyers crafting loopholes proving again the people have no voice.

Your vote is nothing more than a nuisance to them.

The result is we have solar companies that, after many years, still can’t stand on their own without subsidization from Nevadans.

We have an automobile plant that is still little more than a hole in the ground in Northern Nevada despite all the promises of jobs.

And now a competitor, Faraday Motor Works, has apparently read the national stories of how Tesla’s Elon Musk has made millions off the backs of Nevada taxpayers while producing very little and they want in on that action.

Yet, somehow, they found enough left-over funds to build infrastructure and abate taxes for this new business with no track record, no roots here in Nevada, and no real reason to stay once they have sucked us dry.

You are going to be told they will pay their taxes in advance.  If that is the case, then, during the anticipated upcoming special session, let’s take that money and eliminate the burdensome taxes placed on existing businesses and reverse it!

No? I thought so.

The 2015 tax increase is now in the Governor’s rearview mirror and the only challenge ahead is to find new ways to spend it so they can demand more next time.

When the “investment” in Faraday comes before us, the Legislature will likely fold like a cheap suit to the whims of the Governor and will, once again, violate the constitution, their oaths, and the will of Nevadans by adding yet another welfare company to the state rolls.

Get prepared for the protests and cries of unfairness when the money runs out, just like solar companies are doing right now.

Not only are many lawmakers shameless in using your tax money to bring outside competition against your fathers, mothers and brothers who have owned Nevada businesses for decades, now they want to bring in competition to Tesla who they just funded last year using YOUR money!

In what world does any of this make sense?

It is disheartening to hear fellow legislators talk about such an unconstitutional, unfair and irresponsible act with little concern as if they are voting on changing the state flower.

I am heartbroken to be associated with the process.