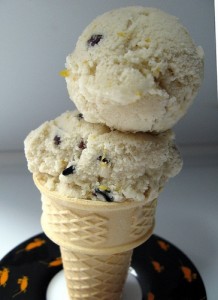 Records obtained by Nevada Journal show Oceguera being paid for his North Las Vegas Fire Department position during the time he was serving in the Legislature. At the very least, Oceguera and the NLVFD are guilty of sloppy bookkeeping.

While leading Assembly Democrats in Carson City the last four years as majority leader and then speaker, John Oceguera was also drawing full-time pay as a City of North Las Vegas fireman, according to city fire department records.

Oceguera and Fire Chief Al Gillespie, however, say the records are inaccurate.

One of the documents Oceguera supplied to the Nevada Journal clearly shows him being credited for Regular Hours by NLVFD for time he was in Carson City.

Oceguera’s and Gillespie’s explanation amounts to claiming the NLVFD is (at best) guilty of sloppy bookkeeping, purposely assigning hours to incorrect accounts for “ease of coding.” Even assuming this defense is true, this reflects extremely poorly on both NLVFD and Oceguera.

As a long-time member of the Nevada Legislature, Oceguera is certainly aware of the necessity of accurate and complete reporting. In fact, Oceguera was the primary sponsor of two bills this session (AB280 and AB309) that created penalties for companies that failed to comply with document requirements.

Looks as though he’s perfectly willing to bring down the hammer on Nevada businesses who fail to submit accurate and complete documents but seems ready to shrug off the same when it involves himself or his taxpayer-funded employer. It’s hard to imagine a private company being allowed to skirt reporting requirements by claiming it was just easier to do it another way.

One reason such coding systems are created is to prevent precisely the types of abuses that some Clark County Firefighters engaged in and that Oceguera is accused of in this report. At a minimum it appears that Oceguera was an active participant in violating one of the controls designed to prevent double-dipping or that such necessary controls are non-existent or ignored.

It is not as though this is not a very real problem that should have been addressed by NLVFD. During the last decade several legislators were fired by local governments for double-dipping while serving in the Legislature.

Nevada Journal‘s study reveals that, earlier in his career, Oceguera had traded hours with other NLVFD employees to cover his time in Carson City. However, it also suggests there may have been a significant deficit in the number of hours Oceguera paid back compared to the number he received.

Double-dipping is a very serious offense, amounting to the theft of taxpayer money. The documentation provided by Nevada Journal is credible enough that it deserves far more than to be shrugged off. The taxpayers of the State of Nevada and the City of North Las Vegas deserve an accurate and complete accounting of exactly how their money is spent. The explanation provided by Speaker Oceguera in this case provides neither.