We ALL Pay When Young Retirees Hit NPERS Jackpot 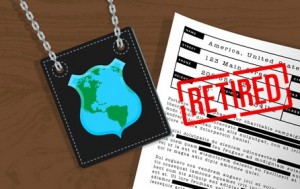 Why should anyone in the rest of the state care?

Well, we should care because Lt. Lew Roberts happens to be 47-years old and is retiring on a pretty reasonable pension after 24 years.

And you and I will be paying for it.

In Roger’s case, he’s leaving after 25 years. Roger is 50 years old and will start collecting an annual pension of about $150,000 upon leaving office. Nevada’s Public Employees’ Retirement System allows government workers to begin collecting pension benefits at any age if they’ve worked for 30 years. But PERS also allows government workers to “buy” up to five additional years of service toward their retirement eligibility, at a cost of roughly one-third their current yearly salary per year of service.

We don’t know the specifics of Roberts’ departure, but you can be reasonably sure something similar is happening.

In case you haven’t done the math, when someone is Roberts’ or Roger’s age, that ability to “buy” the extra years of service is hardly an imposition on the former employee. It is a pure gift from you and I. In Roger’s case, he put up $330,000 for a 10-year payout of about $1.5-million. If he didn’t have that kind of cash on hand, we’re certain a bank or other lender would be happy to make him a loan because the collateral is pretty good.

The only catch is that the gift we just gave Roger has not been paid for—yet. NPERS is unfunded to the tune of something like 66%. The number is in the billions—we suspect from a report commissioned by the Nevada Policy Research Institute that the number could approach $41-Billion.

Now I want to be clear here. While I don’t think Roger is the sharpest knife in the drawer, he’s not doing anything illegal. Neither is Roberts who, in my editorial experience is a straight shooter and a good homicide investigator.

And not only is he going to get a very generous retirement, the whole state is incentivizing him to quit.

At the very least, the legislature should summon up the will to set a firm retirement age of 65 unless someone is disabled.

Roger, at age 50 is going into private practice. Where his first client is going to be the police union. Which is going to assign him to fight any changes in the pension system.

Get the big picture?

Worse than nuts because whether or not the economy improves, we simply cannot afford it.

Nobody is going to deny that police and firefighters have tough jobs. Or schoolteachers, University professors. Or NDOT truck drivers and DMV clerks.

But those jobs are very well compensated no matter what they would have you believe. In Clark County, the average firefighter is making $168,000 a year. Not only is that number ridiculously high, they can retire in their 40s!

And, don’t think that if you live in Elko or Winnemucca or Fallon, you are immune from that nonsense.

Who do you think will be called upon to pay when NPERS goes broke?

This happened because of go along to get along politics.

It will only end when we stop going along.

N&V StaffSeptember 20, 2021
Read More
Scroll for more
Tap
Incline Village/Crystal Bay Residents Hold Their Future In Their Hands
Warning: Trying to follow Harry’s reasoning on any issue might cause whiplash