Weinberg: Las Vegas Well On Way to Being A Small City in Nevada and Broadcasters Riding on Down With Vegas

Weinberg: Las Vegas Well On Way to Being A Small City in Nevada and Broadcasters Riding on Down With Vegas
N&V Staff 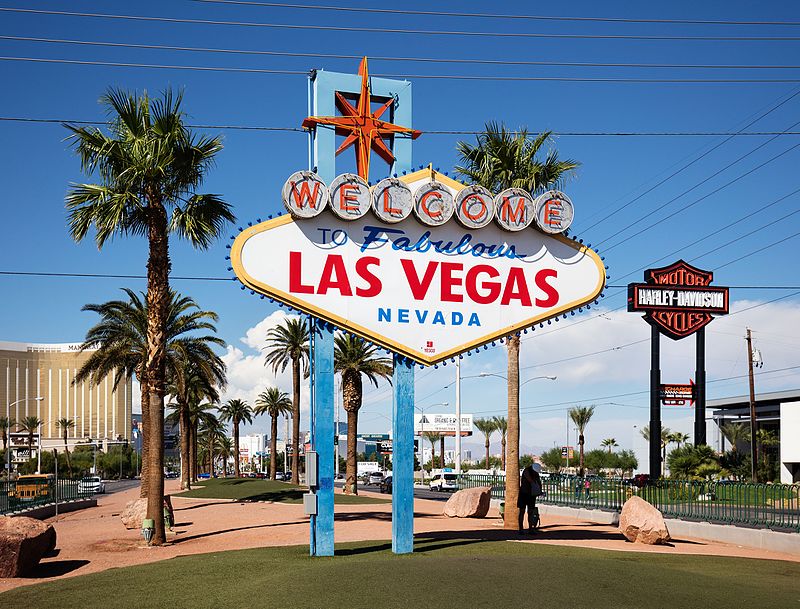 (Fred Weinberg) – I spent a little time in Las Vegas last week for the National Association of Wannebe Broadcasters convention and came away with some observations about both the NAWB (ok, the NAB) and Las Vegas.

It’s on life support.  Industry consolidation and the internet has made a huge show mostly unnecessary at the same time that fewer and fewer people are getting their expenses paid to go to Vegas and tour the exhibits.

If you add that to the number of radio and tv station owners who no longer see the dues to the NAB as a worthwhile investment, one can only wonder how long can a trade association exist whose two major sources of revenue are being crimped?

Back when we had a radio station in Las Vegas, the “leadership” of the NAB took a position favoring the crony crapitalist tax-eating greed of the Las Vegas Visitors and Convention Authority cabal in direct opposition to our own position which was that companies like MGM and Harrahs (Caesar’s Entertainment, today) could damn well pay to market themselves and that Sheldon Adelson’s Sand’s Convention Center should not have to pay taxes to fund a competitor. That cost them our membership. Forever.

Back in those days, they were slowly converting to depend on the profits from the convention to pay for their suppers, probably not realizing that if there weren’t enough dues paying members to support them in the style they wished to be accustomed to, there would soon not be enough non-members to pay for the show.

And that appears to be exactly what has happened.

Back when I first started going to the NAB shows with my father (I was 11 in 1963 at McCormick Place in Chicago) the two biggest booths in the show were from Ampex and RCA.  Ampex had just invented videotape and RCA followed on.

Then, this newcomer named Sony came along.

Today, the technology is undeniably exciting, but I didn’t see too many people in the Black Magic Designs booth capable of buying even a $500 web presenter.  And how many $500 items do they have to sell to justify their costs?  The serious players can call a dealer and get a personal visit at their facilities begging the question of exactly when these exhibitors will figure out that the show is a loser for them.

Then, there’s Las Vegas itself.

Back before UNLV won the Final Four, Reno was the biggest city in Nevada.  In 1994, when I bought a radio station in Las Vegas, the city was in a growth spurt.

That was because housing costs in California had gotten to the point where a 1200 square foot bungalow near Los Angeles cost more than a million dollars.  A much nicer house in Las Vegas cost $150,000.

And that growth was fueled by building which, eventually, led to a housing bust from which Vegas is still reeling.

In order to get customers, the geniuses who ran MGM and Harrahs decided that the quality of their guests no longer counted as much their willingness to buy expensive bottles of cheap champagne while chasing expensive women in cheesy nightclubs.

And, not surprisingly, today’s Vegas patron is tattooed from the tip of their toes to the tops of their bald heads and barely old enough to play a video poker machine.  Assuming they can count high enough.

It’s not exactly the crowd conventioneers want to hang with.  In short, Clint Eastwood would call them punks. Frank Sinatra and the Rat Pack wouldn’t give them the time of day.

If I had to make a prediction, I’m guessing it will take about 10 more years for Reno (the market, not the city) to become the largest in Nevada, again.

Las Vegas is out of resources.  It is a market based on building things and they’re out of things to build and resources with which to build them.

Or, it’s always possible that the shareholders of MGM and Caesars will depose the bozos running those companies and make Las Vegas hospitable to visitors again.

I won’t hold my breath.