(Chuck Muth) – A couple weeks ago, the Westwind Drive-in re-opened.  They had this silly idea that if they closed the concession stand, limited bathroom use to one person at a time, and spaced cars out by 10-feet or more that they could operate safely during the COVID hysteria.

That lasted all of one night.  Nevada Gov. Baron von Sisolak shut them down again the very next day.

Well, the Westwind has finally been allowed to re-open “legally,” and I took the fam out last night for a double feature of E.T. and Jurassic Park.  Seven of us in my daughter’s Ford F-150 pickup truck.

Spaces have now been outlined on the asphalt parking area.  People were instructed to park in every other space – meaning there was actually 20 feet between vehicles in every direction.

The five kids sat in the bed of the open-air pickup truck, facing the screen.  Gia and I set up folding chairs in front of the tailgate, all within our chalked-off “safe zone.” 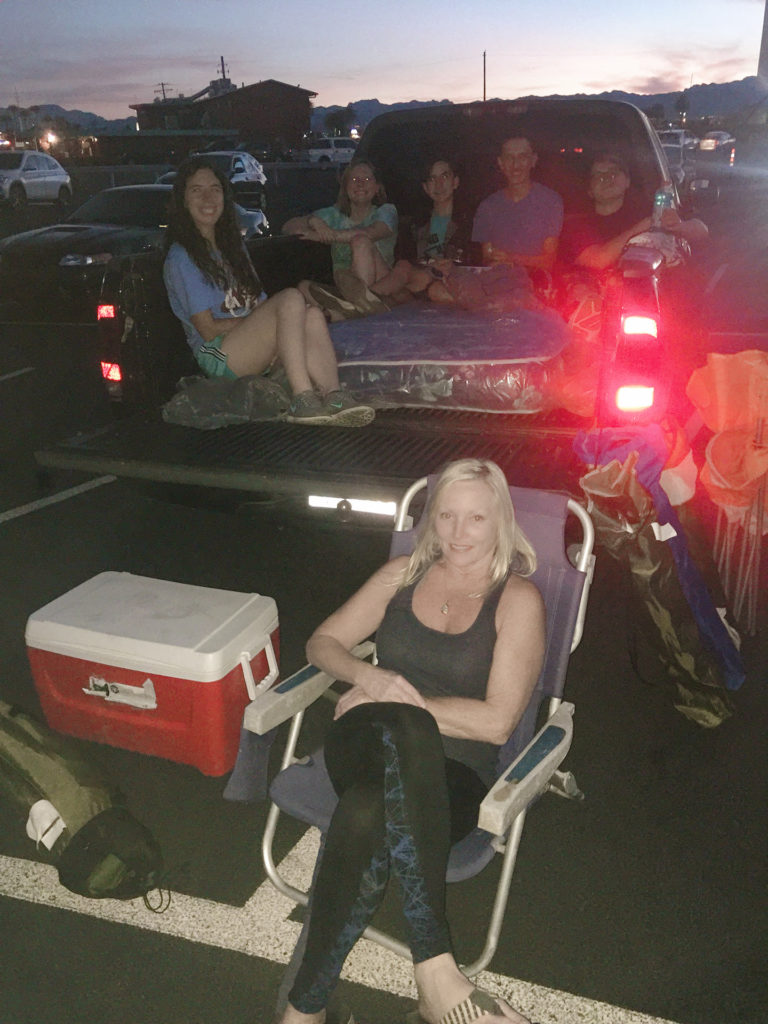 And then we were hit with the virus!

No, not the coronavirus.  The Stupidity Virus.

Before the movie started an employee walked by and informed us what we were doing was illegal according to von Sisolak’s edict.  EVERYONE had to sit in the bed of the truck or we had to leave.

Yeah, I was pretty hacked off.  Pretty sure I used a few four-letter words in referencing the baron.  But it wasn’t the drive-in’s fault and we complied with their request.

They tried to re-open once before, had the governor re-close them, and now are allowed to reopen again – but only IF they follow the “rules.”  They’d been warned not to cross von Sisolak and had no choice but to comply – no matter how stupid the rules.  Lesson learned.

This is no longer – if it ever really was – about health concerns.  This is a single, power-hungry elected official using the power of government to force compliance with arbitrary, non-sensical edicts…or else.

And the Nevada Legislature – 63 elected, but spineless, officials – are just sitting back and letting him get away with it.  Worse, it seems half of our fellow citizens are OK with this, trading ESSENTIAL liberty for the false sense of a little security.

If Gov. von Sisolak’s St. Patrick’s Day Massacre of Nevada’s economy was prudent and understandable at the time – regardless of how screwed up, arbitrary and discriminatory its implementation was – that time has long passed.

The COVID curve was flattened long ago.  But the Stupidity Virus continues to run rampant.  And the face diaper-wearing coronachondriac sheep among us – which doesn’t include those who are truly in a high-risk category – bleat, “Baaaa.”  Sad.

Royal Family Attempts another Raid of the Taxpayers’ Cookie Jar

Here we go again.  Another clan of the government employee Royal Family is trying to exploit the coronavirus crisis so they don’t have to suffer the pain the rest of us have been experiencing.

Clark County School District employees get paid a full-time salary to work 10 months out of the year.  As such, they are NOT eligible for unemployment benefits during the summer when school’s out.  And they’ve been paid their full salaries throughout the #SisolakShutdown.

But now the union representing school support employees is trying to take advantage of the COVID crisis by demanding they get unemployment benefits this summer anyway because they’ll have a hard time finding temporary work until schools reopen in August and they go back to their full-time jobs.

Cry me a river.

Over 400,000 peasants working in the private sector have lost their jobs.  Many permanently.  Yet we’re supposed to use up critically-needed unemployment funds to pay people who have already been paid a full-time salary to work just 10 months out of the year so they can be paid extra for NOT WORKING?

I don’t think so.

I don’t think so.

I don’t know Mr. Carbone, but a lot of trusted friends in Nye County tell me he’s a good guy.  And I don’t doubt it.

On the other hand, I HAVE had dealings with Mr. Koenig over the past couple of years.  And in my experience, he’s been open, forthright and a straight shooter.

When I’ve asked him a straight question, he’s given me a straight answer.  When he said he was going to do something, he did it.  In my dealings with Mr. Koenig, even when we’ve disagreed, I always knew where I stood.  And he’s always been good to his word.

I know others will disagree with me.  And that’s fine.

All I’m saying is that if the election were held today, based on my personal working experience with John Koenig, that’s who I’d pull the lever for in Nye County Commission District 2.

That is, if I could still pull a lever…which I can’t…thanks to our Secretary of State making this an all-mail election.  Ugh.

Please note: My recommendations are based on if I was voting TODAY…which I’m not.  I may receive information on a race between now and the time my ballot is submitted on June 9 that might cause me to change my vote.

And with that said, here are some new recommendations…

My running, up-to-date list can be found here: muthstruths.com/election2020/

“We have become too soft, too lazy, too comfortable and finally, too afraid to act on our own behalf.   We have forgotten that freedom is not free.  Instead of the pioneering spirit for which we are known, we now cower in our homes until we are given the ‘all clear.’  America is losing its identify as the ‘land of the free and home of the brave.’  We are not children and we do not need Gov. Sisolak to tell us what we can and cannot do.  Yet we seem to be too afraid to do anything else.” – David A. Tilem

“Governor Sisolak and his team can’t even manage Nevada’s unemployment system, leaving thousands without income for months, but they claim they can totally handle a new form of voting (mail-in) without a hitch, that no fraud will occur, & that all legal votes will be counted.  Right.” – Courtney Holland

“As Gov. Steve Sisolak ponders how to implement Phase Two of his reopening plan, why are residents of rural Nevada still subjected to the same restrictions imposed in the state’s population centers? …  This doesn’t make a lot of sense.” – Las Vegas Review-Journal editorial