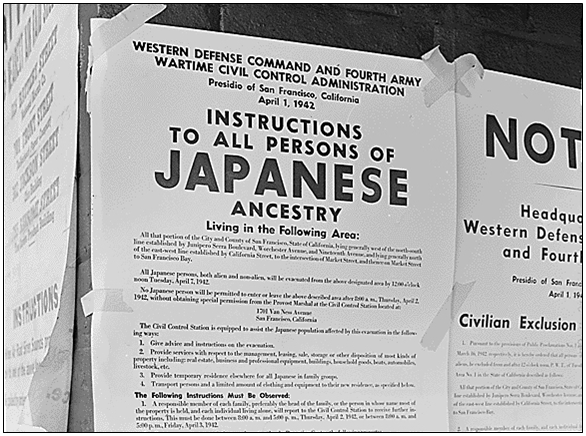 (Robert Romano, NetRightDaily.com) – “If these people are radicalized and they don’t support the United States and they are disloyal to the United States as a matter of principle, fine. It’s their right and it’s our right and obligation to segregate them from the normal community for the duration of the conflict.”

That was retired 4-star general Wesley Clark on CNN, a one-time Democrat candidate for President of the United States, calling for World War II-style internment camps for radicalized Americans, including domestic Islamic terrorists.

Step back from the recent tragedy of Chattanooga, Tenn., where Islamist Mohammad Abdulazeez murdered five U.S. service personnel, including 4 Marines, on two military installations. Or from the Charleston, S.C. church massacre by racist Dylann Roof that left nine people dead.

Forget about the World War II internment of Japanese Americans who never committed any crime. Just because it’s been done before does not justify the practice.

Here, Clark is encouraging the government to “identify the people who are most likely to be radicalized,” and then make them “prisoners of war.”

Not to bring them up on charges of planning attacks. Or even to charge them with any crime at all. Simply because, as a matter of ideological or religious perspective, they do not like America, so says the government.

Just one problem. The Fifth Amendment specifically protects Americans from being imprisoned without just cause: “No person shall be… deprived of life, liberty, or property without due process of law.” In other words, a crime has to be committed.

Without it, there is no constitutional basis for holding somebody indefinitely, as there is no wartime exception for the Bill of Rights. Just being radicalized or racist is not nearly enough.

Clark’s call therefore should send chills down the spines of anyone who is even considering taking up the Countering Violent Extremism Act of 2015 in Congress. It is legislation by Rep. Mike McCaul (R-Texas) that would create a new $40 million government agency within the Department of Homeland Security: the Office for Countering Violent Extremism. It would be tasked with identifying supposed extremists in our midst.

But what sort of extremists? Will this new office even allow the mention of Islamic jihadists as a source of violent extremism particularly given the President’s refusal to even use the term in describing recent terrorist attacks?

More likely, the new DHS agency would simply keep pointing their fingers at returning veterans and conservative groups who support the Constitution, as the department has done with numerous intelligence assessments, including a 2015 assessment on right-wing extremists.

In 2009, the DHS issued a memo on supposed right-wing extremism that defined the ideology as “groups, movements, and adherents that are mainly antigovernment, rejecting federal authority in favor of state or local authority” and “groups and individuals that are dedicated to a single issue, such as opposition to abortion or immigration.” It even suggested veterans returning from Iraq and Afghanistan might be recruited by terrorists.

An Americans for Limited Government (ALG) Freedom of Information Act (FOIA) request into the memo at the time revealed several sources had been used to develop the intelligence assessment. Many were news stories and some even were outlandish websites. But also included was the left-wing Southern Poverty Law Center as an intelligence source.

Then we should also consider this is the same administration and the same political party that used the IRS and Justice Department to target individuals for potential prosecution due to political activity. That went after national security journalists’ phone records. That sick prosecutors on conservative activists in Wisconsin who fought against Scott Walker’s recall.

This is what happens when law enforcement and military use ideological and political templates for targeting supposed enemies of the state. The findings will often be erroneous, and in the meantime, will do nothing to identify real threats to the homeland.