What’s Going On and Why Aren’t People Happy?

What’s Going On and Why Aren’t People Happy?
Ron Knecht
“Job growth was about 227,000 in June but 46 percent of the people surveyed say they are not better off.  Democrats claim the 50 percent growth of the stock market does not help the common people because most do not invest in stocks, except those with 401(k) plans.  But the stock market indicates companies are willing to invest, which leads to job growth.  Please explain.” 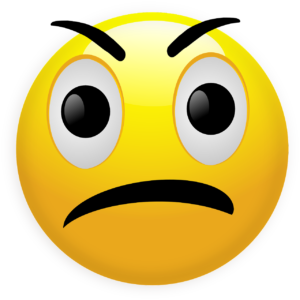 A thoughtful reader’s good points.
June job growth of 227,000 was good, and recent upward revisions of prior-month figures likewise.  However, longer-term job growth hasn’t been very robust, even with unemployment at record lows.
Some people who were dropped from the job market during the Great Recession and tepid recovery that followed it simply haven’t returned.  But some are beginning to.  Some are seniors who entered retirement early and aren’t being welcomed back by hiring managers.  And some are millennials who retired to their parents’ basements or similar quarters.
Dems err when they claim securities market price gains don’t help common folk.  Beyond 401(k) plans and personal portfolios, the much larger impact is that the vast majority of those people depend on retirement plans that are invested in the markets.  Given the poor management of most plans, members need markets to soar, for otherwise their golden years may not be so rosy.
And stock market rises don’t necessarily indicate strong investment by firms, so long-term job growth has been modest, as noted above.
Things have been getting somewhat better during the Trump years after a huge downturn and Obama’s weakest-ever recovery.  However, in the last decade, things have changed significantly from the pre-recession decades: thus, the “new normal.”  And I think those long-term changes explain our national ennui and sourness.
The key fact is that, even after a decade of recovery and stock market growth, our economy is growing significantly slower than in previous decades.  So, people’s incomes and wellbeing are rising much slower than they did during most adults’ lives, when annual per-person real growth of 2.0-2.5 percent meant that standards of living doubled every generation.  Now, the generational growth is less than 40 percent, instead of doubling.
While people don’t much think or talk about that, it affects their sense of wellbeing and their outlook.  For example, living space in the average home has doubled the last 40 years, and other amenities have also greatly improved.  So, people are less burdened preparing and cleaning up after meals with microwave ovens and dish washers in larger kitchens.  And they enjoy more TV options on much bigger and higher quality screens.  Life seems to be getting better because it is.
Although they don’t think about per-capita real growth having been cut by half, they do get a sense the last decade that things aren’t getting better the way they had come to expect from life-long experience.  That they don’t know the exact reason for that is itself discomforting.
In my controller’s annual reports the last four years, I explained some key reasons for the new-normal slow growth.  Government excess – spending, taxes, and debt rising continuously relative to the economy, plus continuously proliferating regulations of all kinds – all slowed growth ever more.  Labor force participation grew before the turn of the century, helping growth, but has slowed since.
Debt of all kinds grew unsustainably before the recession, accelerating growth, but has stalled since then.   And increasing trade and international investment, plus strong world economic growth, all helped us before the recession, but those trends too have reversed since then.
These are the important drivers people don’t see, but they definitely feel their effects of slow growth of productivity, jobs and incomes.
As noted above, people generally don’t think consciously about then versus now, although such considerations may play a subconscious role in their outlooks.  Instead, regardless of how much their lives have improved, they always focus on us versus them: They are acutely aware of how well off they are compared to other folks.
And when they feel things aren’t going well for them, they look for scape goats and others to blame.  When they don’t understand the economic complexities and long-term issues, they look for short-term trends and single-factor causes.  That’s when Democrats prosper.
Prev postNext post
Related ItemsHappyJobJob growthPeopleRon Knecht
Opinion
Ron Knecht