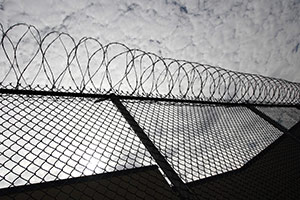 (Newt Gingrich) – Last month, I was honored to co-host an amazing and genuinely bipartisan summit on criminal justice reform, along with my friends Van Jones, Donna Brazile, and Pat Nolan. Nearly 600 citizens from both parties came together to discuss real solutions for our country’s failing incarceration system. The day surfaced an extraordinary range of good ideas, but one in particular stuck out for me because it highlighted the very attitude that has caused us to spend so many billions of dollars on corrections each year without doing much to actually correct offenders.

It is that failure of the corrections system to correct that has led us to an injustice we can and should remedy–the practice of sentencing young people, not yet full-grown adults, to life in prison without a chance of parole.

There are good reasons, in everyday life, that we don’t give teenagers all of the privileges of full-grown American adults: teenage minds are not yet fully developed, so young people are generally less mature, have a harder time understanding the consequences of their actions, and are particularly vulnerable to peer pressure. As a result, we recognize that teenagers have a tendency to do foolish things.

For these reasons and more–all of which add up to common sense–teenagers have to wait until they’re 18 to vote, to own a gun, to be legally independent of their parents, and even to get an unrestricted drivers’ license in many states. Some privileges come at an even older age–young adults need to be 21 to buy alcohol, for instance.

Despite recognizing the big differences between a teenager and an adult in our laws, however, many states have done a poor job of taking this gap into account in their sentencing codes. They might condemning teenagers to life in prison without the opportunity for parole, for instance, for crimes they committed when they were 14 or 15 years old.

Two years ago, California passed a simple reform based on a simple idea: if our laws recognize young people are still developing cognitively and psychologically, our penal code should too. SB 260, sponsored by California Senator Loni Hancock, allowed that once juveniles have served many years of a long sentence—between 15 and 25 depending on the offense—they should have the opportunity to demonstrate personal growth and rehabilitation to a parole board. Passing this reform in 2013 was a significant achievement.

This year Senator Hancock has introduced SB 261, building on the same principle to give similar consideration to people serving long sentences for crimes committed as young adults (ages 18 to 23). The latest scientific research shows that young adult brains, like those of juveniles, are not yet fully matured. In fact, young adults’ capacities for judgment, decision-making, and appreciating the consequences of their actions are not fully developed until their early twenties. This makes juveniles and young adults uniquely capable of change, personal growth, and rehabilitation.

It’s only fair to recognize the difference between young- and full-grown adults in sentencing, just as we draw a distinction between juveniles and adults. People who commit offenses before their capacities are fully formed deserve a second chance–an opportunity for a parole hearing if they mature, rehabilitate, and pay serious restitution to their victims and to the community.

SB 261 is compassionate, fair, and backed up by the latest scientific understanding of brain development. But it is also by no means lenient. To be eligible for a hearing, the bill would require that a young person must have served at least 15 years of his or her sentence, and even longer for more serious crimes. This is no small amount of time for young adult—it means spending a period of potentially more than half their lives at sentencing behind bars.

If young adults demonstrate real personal growth, rehabilitation, and remorse, they should have the opportunity to be eligible for a parole hearing after spending a very long period of time in prison. The California legislature should pass SB 261 to give them this opportunity–and other states across the country should look to it as a model for making the criminal justice system fairer as well as more efficient.