Why Allen West Is ‘Delighted’ Over the FBI’s Clinton Verdict 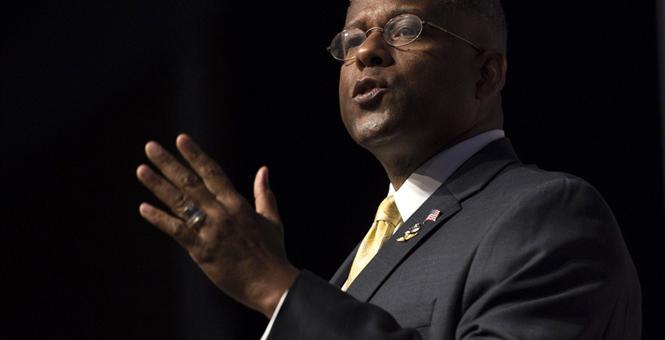 (Leah Barkoukis, TownHall.com)“Delighted” isn’t a word used much by conservatives to describe their feelings after FBI Director James Comey announced the FBI would not be recommending criminal charges against Hillary Clinton over her email scandal. But “delighted” is exactly what retired Lt. Col. Allen West felt.

“I can’t thank Director Comey enough for coming to this decision,” the former congressman wrote on Tuesday.

“My concern has always been that Barack Obama would release the hounds on Mrs. Clinton and then push for his vice president, Joe Biden, to be the Democrat nominee. And then, to placate the far lefty socialists, who own the Democrat party, Obama would position Sen. Elizabeth Warren as Biden’s VP. That would be a really tough ticket to beat, since Joe Biden’s favorables, regardless of gaffes and such, are extremely high,” West explained. Click here to continue reading