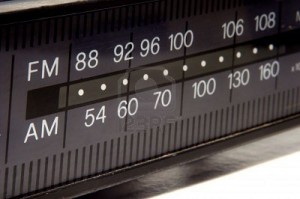 (Chuck Muth) – OK, so I was in the shower singing “Candle in the Wind,” Elton John’s award-winning tribute to the late Marilyn Monroe.  And although I personally enjoyed the performance, I’m fairly certain – based on the consensus reviews of my family – that not a soul on this planet would ever have even the slightest interest in listening to my rendition on the radio.

Let’s face it, “Candle in the Wind” is Sir Elton’s song.  Without Elton singing it, the song just isn’t the same.  Sure, the lyrics are great, but Elton made the song a hit.  Radio stations played the song because Elton performed it, not because Bernie Taupin wrote it.

So you’d think John would receive royalties for performing the song every time it’s played on the radio, right?

Turns out that thanks to some quirk in the law, performance artists such as Ted Nugent, Pink Floyd and Jimmy Buffett amazingly don’t get doodly-squat, while the songwriter is compensated handsomely.

Something ain’t right about this.  I mean, can you imagine how much advertising a radio station would get if I was singing “Piano Man” instead of Billy Joel?  I can.  Squat.  Nada.  Zero.  Zip.

Seriously.  This is unbelievable.  Indeed, I didn’t believe it.  So I looked it up.  And sure ‘nuff…

“All other radio platforms for music – satellite radio, Internet radio and cable radio – pay sound performance royalties to copyright holders for the songs they sing,” Reps. Darrell Issa, John Conyers, Marsha Blackburn and Melvin Watt wrote in a bipartisan letter to their colleagues.  “However, AM/FM radio stations are exempted from paying such royalties and can use the property of artists, musicians and music companies without their consent and without providing compensation.”

“AM/FM radio has long been required to pay songwriters,” adds the musicFIRSTcoalition, “but have so far succeeded in stiffing the artists who bring recordings to life – unequal treatment that simply makes no sense.”

“For 80 years,” notes the AFL-CIO, “radio stations in America have played hit songs over the public airwaves and made billions in advertising revenue without paying musicians, artists and performers a penny.”

So why is this issue now hitting public radar screens?

Because next year Republicans will be in charge of Congress and there will be a resolution, misleadingly-named the “Local Radio Freedom Act,” re-introduced.  And passage of LFRA essentially means radio broadcasters will be free to continue ripping off the very performers who have made them rich.

In the past, many Republicans have co-sponsored this resolution.  Hopefully now that the issue is getting more public attention, many of those Republicans will see the light and withdraw their support.

Because heaven knows, the last thing YOU want to hear is ME singing “Stairway to Heaven” on your car radio!

(Mr. Muth is president of Citizen Outreach, a conservative grassroots advocacy organization.  He can be reached at www.MuthsTruths.com)