Why Not Indict Harry Along With Harvey?

Why Not Indict Harry Along With Harvey?
N&V Staff 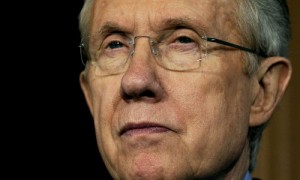 (Fred Weinberg/The Penny Press) – One of the best things about writing editorials in Nevada is that our government—at all levels—presents a, shall we say, target rich environment.

Let’s start with the recent indictment of Harvey Whittemore.

When I was doing some work for ABC News, one of the stories on which I worked was the Jack Abramoff so-called scandal.

In addition to the interviews my crew did, I’ve even read Abramoff’s own mea-culpa book and I still have yet to figure out what, exactly, he did that was worthy of the prison time he served or even the prosecution.

There’s a vast difference between handing a guy $10,000 to vote a certain way and taking him to a Redskins game. Abramoff—to the best of my knowledge—never paid off a politician.

But he made a lot of money doing those other things which constituted his job.

Apparently, if you’re a union boss (Andy Stern) and you shmooze with the President, that’s OK, but if you’re an entrepreneur and you get paid to explain things to a Senator, you’re a rat bastard.

Whittemore is being charged with making about $140,000 in contributions to—of all people—Harry Reid. He did so by having family members and employees make those contributions and then reimbursing them. Given that the United States Supreme Court ruled last year in the Citizen’s United case that Whittemore’s company could have donated $140,000 to Reid’s PAC in one fell swoop, you have to wonder exactly why Eric Holder authorized an indictment, arrest, perp walk, etc.

Reid is the one who should have been arrested if there was an arrest to be made.

But nobody in Eric Holder’s Department of so-called Justice is going to indict a sitting Senate Majority leader. This same United States Attorney’s office which rightfully oversaw the imprisonment of four members of the Clark County Commission, Class of 1999 for being on the taking end of bribes.

One could easily argue that Reid, if indeed these “illegal” contributions constituted “bribes” should have been standing next to Whittemore in handcuffs and leg irons as well.

If you really think that Reid didn’t fully know where that $140,000 came from and how it was raised, you are smoking crack. That money was raised because Reid ASKED Whittemore to do it.

Now my politics and Whittemore’s are mostly on opposite ends of the street.

But I believe that the system only works if everyone gets treated approximately equally and we have a healthy, honest debate. That includes talking to people you disagree with.

If you think that Reid didn’t grant Whittemore plenty of access and favors because of those contributions, you are also smoking crack.

Reid throwing Whittemore under the bus is being done only because he thinks he can get away with it.

Whatever Whittemore did or didn’t do, at least he wasn’t pissing away public money like Reid is.

Whittemore is in a bit of controversy with some former business partners as well and my suspicion is this “investigation” and “prosecution” constitutes piling on to get an advantage in that civil litigation.

If I were Whittemore, I would buck up. It would appear that the Obama/Holder Department of so-called Justice is about 0 for the Century in Supreme Court decisions upholding these kinds of jihads and this case will probably also end with a whimper.

Even so, Whittemore will still have to ask the question President Reagan’s Secretary of Labor, Ray Donovan, had to ask after a similar episode.

“Where do I go to get my reputation back?”