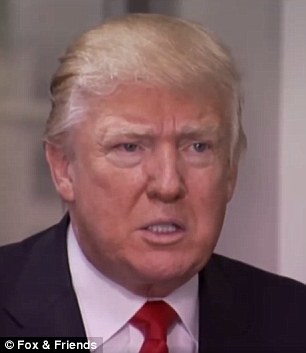 Donald Trump lashed out at Tom Ford, saying his wife Melania did not ask the designer to dress her.

(Chris Spargo, MailOnline) – The Wynn Las Vegas has removed all Tom Ford beauty products and eyewear from the resort after comments the designer made about Melania Trump.

Ford, 55, said during an appearance on The View in November that he would not be dressing Melania Trump while she was in the White House because his clothes are ‘too expensive’ for a first lady to wear, noting that in that position she would have to ‘relate to everybody.’

Donald Trump responded this by telling Ainsley Earhardt on Fox & Friends that Melania never asked Tom Ford to dress her.

He then went on to say: ‘Tom Ford is an example. “I will not dress the First Lady.” He was never asked to dress – and Steve Wynn just called me and he said he thought it was so terrible what Tom Ford said, that he threw his clothing out of his Las Vegas hotel.

N&V StaffAugust 14, 2022
Read More
Scroll for more
Tap
Weinberg: Trump Might Make Us ALL Big Winners and There’s Not Much to Lose Letting Him Try
Assemblywoman Jill Tolles