Yahoo Stands up to Big Brother, Gets Slapped Down

Yahoo Stands up to Big Brother, Gets Slapped Down
N&V Staff 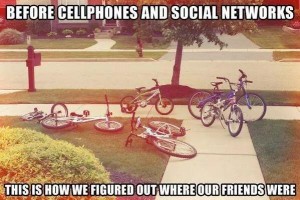 (Chuck Muth) – If you’re looking for bipartisanship in Washington, DC, look no further than government measures that trample on what are supposed to be constitutionally-protected privacy rights.

On September 11th, of all days, the Wall Street Journal published a story headlined:

The demands made of Yahoo by the National Security Agency (NSA) reportedly began in November 2007, well before Barack Obama was elected president.  So this is not a partisan issue.  At the time, the Journal reports, the government requested “warrantless surveillance” of certain Yahoo customers.

The operative word, of course, is “warrantless.”

Yahoo objected. It challenged the government’s demands at the Foreign Intelligence Surveillance Court (FISC).  In a legal brief, Marc Zwillinger, an attorney for Yahoo, wrote:

“The issues at stake in this litigation are the most serious issues that this nation faces today – to what extent must the privacy rights guaranteed by the United States Constitution yield to protect our national security.”

The Journal further reported that:

“In one brief, Yahoo states the main issue of the case is whether the Constitution protects the communications of U.S. citizens or legal residents believed to be outside the U.S.”

A very serious and legitimate concern.

Not surprisingly, but disappointingly, FISC Judge Reggie Walton dismissed Yahoo’s challenge and the Justice Department asked that Yahoo be fined $250,000 PER DAY for every day Yahoo didn’t comply with the government’s demands.  Yahoo eventually was forced to capitulate in May 2008.

“We refused to comply with what we viewed as unconstitutional and overbroad surveillance and challenged the U.S. Government’s authority. Our challenge, and a later appeal in the case, did not succeed.”

It’s important to note this problem and controversy pre-dated the Edward Snowden NSA leaks by more than five years.  And it should be further noted, as reported in the Journal story, that both Google and Microsoft have similarly challenged government fishing expeditions without warrants in court.  So this is not just about Yahoo.

Now, I understand that it’s a difficult job balancing national security and individual privacy rights. But since 9/11 the scales have tipped WAY too far in favor of the government – which has the power to bring even giant American technology companies to their knees!

So what chance do individuals such as you or me have?

Since the government continues to conduct these very controversial surveillance programs, it’s important for Congress and the public to know more about what Big Brother is and has been up to, and assure that essential constitutional privacy protections secured by our Founders aren’t further eroded.

To paraphrase Benjamin Franklin, those who would sacrifice liberty for safety deserve neither, and will soon lose both.

(Mr. Muth is president of Citizen Outreach and publisher of Nevada News & Views.  His opinions are his own.)