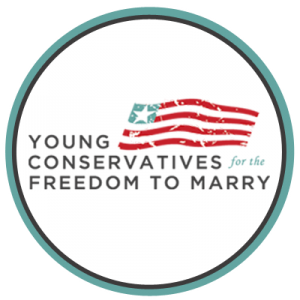 (Jerry Ann Henry) – Nevada is a special place. In recent months, the Clark County Republicans removed language that defined marriage between a man and a woman from their official platform. Then the Nevada Republican party followed suit by stripping an anti-gay definition of marriage from their party platform at the state convention.

This kind of inclusive thinking is one of the many reasons why Young Conservatives for the Freedom to Marry will be making a stop in Las Vegas next week to discuss our “Reform the Platform” campaign. The campaign aims to remove existing anti-gay language from the GOP national party platform and replace it with more positive, respectful, and unifying language about marriage and family that will unite and grow the GOP.

As it currently stands, there are five sections in the platform that are anti-gay, disrespectful and divisive. Nevada Republicans understand that having these policies is not only wrong, but alienates new supporters and ignores the most basic principle of conservatism: individual liberty.

My background is as conservative as it comes. I was raised in an evangelical family in Texas. My core beliefs, like many Republicans, have always been to keep the government out of your lives as much as possible, personal freedom, fiscal responsibility, and strong families.

Growing up, I was taught to be respectful and kind to others and what I find so alarming about the current language in the platform is how mean-spirited it is. We should all respect individual opinions about marriage, but we should also all agree that the platform should unite us, not divide us.

The Republican National Committee commissioned its own report called, “The Growth and Opportunity Project,” which acknowledged that “younger voters are increasingly put off by the GOP,” and cited “issues involving the treatment and the rights of gays” as a major turn-off, recognizing that “for many younger voters, these issues are a gateway into whether the Party is a place they want to be.” This only reinforces the idea that Republicans should be embracing a more tolerant position and reaching out to new potential supporters.

As I’ve traveled around the country and talked to Republicans about marriage, something has stood out to me: there is a silent majority of Republicans who feel the exact same way about the platform and are more comfortable speaking up when other Republicans, such as those in Nevada, have the courage to take action and do the right thing.

With our Reform the Platform campaign, Nevada Republicans have a chance to effect change on a national level by running as delegates for the 2016 Republican National Convention. You can have a direct impact on reforming the GOP platform nationwide on marriage. We need to build a consensus that our national platform can’t and shouldn’t be anti-gay. It’s wrong; it’s anti-freedom; and it’s backwards. Please join us in reforming the platform.

(Jerri Ann Henry is a member of the Leadership Committee of Young Conservatives for the Freedom to Marry. For more information visit: www.freedommeansfreedom.org)