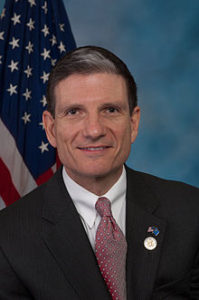 “In a season of dishonest attacks against Joe Heck by Catherine Cortez Masto, Harry Reid and their D.C. allies, this is one of the most dishonest. While Dr. Heck has been a strong supporter of solar jobs in Nevada, including legislation to streamline renewable energy development across the state, the League of Conservation Voters (LCV) is a DC-based partisan special interest that wants to put Nevadans out of work by stopping responsible mining, ranching, agriculture and recreation. And, as Attorney General, Catherine Cortez Masto showed herself to be no friend of solar when she introduced a bill to exempt the Public Utilities Commission (PUC) from the open meeting law, allowing the PUC to raise rates behind closed doors. This bogus attack has nothing to do with clean energy and everything to do with installing Chuck Schumer as the next Senate Majority Leader,” said Heck spokesperson Brian Baluta.

Heck’s energy efforts are crucial (Las Vegas Sun, April 5, 2016)
“Heck said, ‘To maintain our economic and national security, we must maximize all of our nation’s energy resources — including renewable sources, alternative fuels and fossil fuels — all in a way that balances economic development while protecting our environment. Nevada is poised to lead the nation in the production of renewable energy sources like solar and geothermal, which will help get people back to work and improve our economy. As a nation we must be committed to achieving energy independence, and I look forward to working with my colleagues to continue to advance policies that boost production, lower energy prices and expand job opportunities.’”

Heck was among the first of Nevada’s elected officials to call for a grandfather clause for approximately 17,000 Nevadans with rooftop solar (Las Vegas Sun, February 12, 2016)
“Congressional leadership, including Sen. Harry Reid and Nevada Reps. Dina Titus and Joe Heck, had also urged the commission to grandfather existing customers.”

Heck Joins Bipartisan Coalition to Introduce Legislation Unleashing Renewable Energy Potential on Public Lands (June 5, 2015)
“’Nevada is poised to be a world leader in renewable energy development,’ said Congressman Heck. ‘And with more than 80% of our land owned by the federal government, Nevada has ample opportunities to develop renewable energy projects, especially projects utilizing solar and geothermal technology. That is why this bill is so important; it streamlines the permitting process for renewable energy projects and ensures that revenue generated for the federal government by these projects stays in Nevada. Public lands should benefit the public and this bill helps move us in that direction.’”

Heck Applauds Three Kids Mine Bill Being Signed into Law (July 25, 2014)
“’I would like to congratulate Congressman Heck for creating an innovative solution for the cleanup of the Three Kids Mine Site,’ said Western Caucus Chairman Steve Pearce. ‘The law calls for a public-private partnership to clean up a mine that the federal government neglected for so many years. This new law will not cost taxpayers a dime, will help the environment, and will create thousands of direct jobs while allowing for future economic development on the property.’”

Heck’s Hoover Power Act Passes House (October 3, 2011)
“This legislation is also essential to the millions of consumers who invested in this renewable source of energy over the past 75 years because it will continue providing them with Hoover power for the next 50 years, and allow new customers to benefit from this clean, low-cost energy.”

FACT: These votes were against partisan Democrat amendments that would have taken funding from a program that ensures the safety and security of our nuclear weapons arsenal and would have transferred it to the Renewable Energy, Energy Reliability, and Efficiency account that was already funded at nearly one billion dollars.

FACT: This vote was against a partisan Democrat amendment to a spending bill in 2011 that would have banned new offshore leases for oil and natural gas production. It had nothing to do with taxes.

CONCLUSION: Catherine Cortez Masto’s campaign manager is a career partisan operative who was LCV’s national campaigns director. This isn’t about clean energy or conservation. It is about partisan control of the U.S. Senate. If LCV really cared about these issues more than partisan politics — or doing a favor for their former staffer — they would be spending their millions somewhere else.