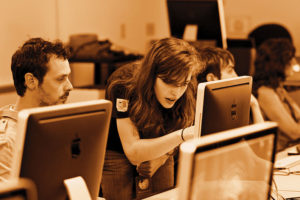 Last August 9, law professors Amy Wax and Larry Alexander published an article, “Paying the Price for the Breakdown of the Country’s Bourgeois Culture,” in the Philadelphia Inquirer.

“Too few Americans are qualified for the jobs available.  Male working-age labor-force participation is at Depression-era low.  Opioid abuse is widespread.  Homicidal violence plagues inner cities.  Almost half of all children are born out of wedlock, and even more are raised by single mothers.  Many college students lack basic skills, and high school students rank below those from two dozen other countries.”

To most folks, that’s a straightforward a list of some ills now affecting American society.  In academe, it’s not politically correct and it may offend.

Next, they laid out a “cultural script” – a list of behavioral norms they claim were widely accepted in America between the end of World War II and the 1960s:

“Get married before you have children and strive to stay married for their sake.  Get the education you need for gainful employment, work hard, and avoid idleness.  Go the extra mile for your employer or client.  Be a patriot, ready to serve the country.  Be neighborly, civic-minded, and charitable.  Avoid coarse language in public.  Be respectful of authority.  Eschew substance abuse and crime.”

To most folks (including Ron, who remembers the time), that’s a reasonable account.  But to many in academe’s intellectual hothouse, it’s a serious offense.  But what they said next apparently needed a trigger warning for half the faculty:

“The culture of the Plains Indians was designed for nomadic hunters, but it is not suited to a First World, 21st-century environment.  Nor are the single-parent, antisocial habits prevalent among some working-class whites; the anti-‘acting white’ rap culture of inner-city blacks; the anti-assimilation ideas gaining ground among some Hispanic immigrants.”

For the record, Prof. Wax has a B.S. from Yale, M.D. from Harvard and J.D. from Columbia, three top-ten America universities.  That is, she’s both a medical doctor and attorney.  And she holds an endowed chair at the University of Pennsylvania Law School, also a top institution, where she has received major teaching awards.  Plus high government service and major publishing, etc.

However, her pedigree did not spare her the wrath of many colleagues against her common sense.

She and Alexander (of the University of San Diego Law School) made the gaffe of saying that their norms of adult responsibility were, “a major contributor to the productivity, educational gains, and social coherence of that period.”  They argued that the breakdown of that “bourgeois culture” in the last 50 years largely explains today’s social pathologies.  And they advocated restoring that culture to improve things.

In letters, statements and petitions, students and professors condemned their article as “racist, white supremacist, hate speech, heteropatriarchal [!], xenophobic, etc.,” she said in a speech at Hillsdale College.  Some demanded she be exiled from the classroom and five law profs indicted them for praising the 1950s!

One snowflake professor said the article had ruined his summer, accusing her of “attacking and causing damage to the university, the students and the faculty.”  A deputy dean said the open letter should make her “understand the hurt I had inflicted and the damage I had done … The message was clear: cease the heresy.”  Another prof called the arguments about the superiority of cultures “code” for Nazism.

Her law school dean asked her to take a leave of absence.

What almost none of the responses did was address their arguments.  An open letter signed by 33 of her colleagues simply rejected all her views and suggested students monitor her and report any “stereotyping and bias” they might perceive.  They offered no reasoned argument, just labeling and bashing.

The primary response of academics to the article was a distillation of arguments of today’s PC progressives, statist liberals and other leftists.  They proclaim their own virtue not by reasoned argument and evidence but instead by hate-driven, dishonest, ignorant attacks on people, seeking to shame them.

This has been the stock in trade of much of academe, media, entertainment and many Democrat politicians for a long time.  It’s a major reason America has become so polarized, and it helped elect Donald Trump.