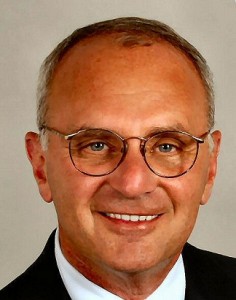 The Democratic National Convention could not have started off on a wronger foot if it were a centipede on Monday morning. By the time Mrs. Obama had finished her speech, the stars were glittering in the heavens, the birds were happily chirping, and little baby chipmunks were frolicking in the new green grass. 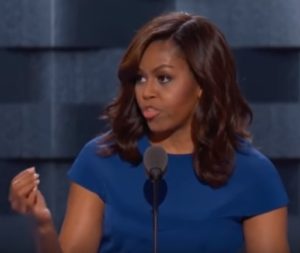 Michelle Obama took the spotlight at DNC’s first day, sharing her family’s life at the White House throughout their eight years leadership of America and praising Hillary Clinton’s qualification to the presidency.

Remember way, way back to last Monday when the Republicans started off well enough, but the night descended into total turmoil when it was discovered that large sections of Melania Trump’s opening-night speech had been cribbed from Michelle Obama’s convention speech eight years earlier.

Remember that the Trump campaign tried four (at least four) different excuses, keeping the story alive for the next three days until a former ballet dancer from New York suddenly remembered she had dropped Mrs. Obama’s phrases into Mrs. Trump’s remarks.

When Wikileaks dumped 20,000 emails from the Democratic National Committee’s servers on the world over the weekend, Hillary Clinton’s campaign had a way better excuse than “a former ballet dancer did it.”

It was the Russians.

Seems like Russian hackers had been rooting around in the DNC’s electronic underwear drawer for the better part of a year before the FBI came calling to tell them they’d been hacked.

The full load of emails made it clear that Bernie Sanders had been right all along: The DNC had been in the tank for Hilary Clinton all along.

This all came down around the head of the widely disliked (by Ds as well as Rs) Chair of the DNC, Debbie Wasserman Schultz. Schultz, was told she had to go and negotiate a deal where she would resign effective Thursday, after the end of the convention.

She would still gavel the convention open and closed as is the duty of the Chairman/woman of the RNC or DNC.

As a subtext to all this, Bernie Sanders has about 40 percent of the delegates. They came armed with signs and slogans and were not going to be shoved into the political shadows by the Clinton team.

One of the long-standing traditions of these conventions is what’s called a “Delegation Breakfast.” That’s where a political notable – often from the same state as the delegation – comes in and gives a speech, during … well, during breakfast.

Debbie Wasserman Schulz, being a Member of Congress from Florida in addition to chairing the DNC, was the featured speaker Monday morning.

Bernie Sanders’ supporters began acting out as soon as she began speaking and raised enough of a ruckus that when she scooted off the stage, she made Ted Cruz’ exit last Tuesday night seem like the Republican delegates were showering him with rose petals.

That changed the dynamic of the whole deal. It was announced that Ms. Wasserman Schultz would not be handed the gavel – either to begin or end the convention. Ms. Wasserman Schultz made it known she was still the DNC Chair until Thursday and would, maybe sit with the Florida delegation and make the rounds of the high-dollar sky boxes.

The Clinton campaign said, in effect, “Hand over your gun and your badge. Here’s your plane ticket back to Florida. Have a nice life.”

That, of course, was the chatter all day and into the opening of the session (which was gaveled to order by the Mayor of Baltimore).

Booker, like speakers at the RNC (including Donald Trump), either was never told, or forgot, that microphones are there so you don’t have to shout at the audience. Booker belted out his too-smooth, too-rehearsed, too-loud speech which apparently sounded better in the hall than on TV.

It was clear to all that Sen. Booker was auditioning for 2020 or later much as Obama and Bill Clinton had done with convention speeches before him.

At the end of the night, Sanders gave his farewell address (which only took about 30 minutes – about half the time of his normal harangues) and pledged undying fealty to the Clinton/Kaine campaign.

In between those two, was Michelle Obama.

You didn’t have to be a fan to appreciate the effect she had both in the hall and on the millions of TV screens around the nation.

So, a day that started out terribly, ended wonderfully. People are still murmuring about Debbie Wasserman Schultz, but Michele Obama stole the show.