(NPRI) – LAS VEGAS — Responding to news that the American Civil Liberties Union has filed a Constitutional challenge against Nevada’s groundbreaking Education Savings Account program, Nevada parent Glynis Gallegos offered the following comments. Because of ESAs, Gallegos has taken her son from a public school and put him in a private school.

“Education Savings Accounts provide a choice for my child’s education. The poor performing schools in my neighborhood don’t provide a positive choice for my son. Right now, my son is attending a private school, because of this new law.

“Education Savings Accounts will improve education for inner city children. Low-income families don’t have a choice. This is allowing for an equal choice for all families, regardless of income levels.”

The ACLU’s challenge is based on Nevada’s “Blaine” Amendment, which passed in the late 1800s and reads, “No public funds of any kind or character whatever, State, County or Municipal, shall be used for sectarian purpose.” At the time sectarian meant “Catholic.” Nativists pushed Blaine Amendments throughout the country to prevent public dollars from going to Catholic schools. Public schools at the time had a “pervasively Protestant character.”

With Education Savings Accounts, however, government funds are put into a parent-controlled account, and parents decide how the monies — which are no longer public funds — are spent. 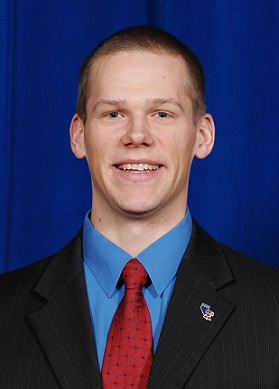 “In less than month, over 2,800 parents have already applied for an Education Savings Account and the chance to personalize the education of their children. Failed by unaccountable public schools that have nevertheless, for decades, received regular funding increases, parents around Nevada are eager to provide their children with the individually customized education now available from resources such as online schools, private schools, tutors and more.

“It is a shame that Nevada’s ACLU would attempt to prevent these parents from obtaining better educations for their children.

“It is important to emphasize that these funds go into a parentally controlled account. This is no longer government money, but money given to parents to find the best education for their children. This is why the Blaine Amendment challenge should fail.”

Joecks noted that last year, the Arizona Supreme Court deemed Education Savings Accounts constitutional despite Arizona having a Blaine Amendment that is more strict than Nevada’s.

“It’s ironic that the ACLU is seeking to stop the ability of parents, like Glynis Gallegos, to improve the education of their children under the Blaine Amendment. That’s because that section of the Nevada Constitution has explicitly anti-Catholic origins,” said Joecks.

“Regardless, it’s important to remember that the state funds are going to a parent-controlled account for the purpose of providing their student a better education. After the dollars reach the ESA, they are no longer public funds, and the parent then decides how the money is spent, including if it will be spent at a religious school or not.”

“When it comes to increasing per-pupil spending, ESAs are the best thing that ever happened to Nevada education. That’s because although ESA do remove a portion of a former student’s funding, they also remove the public school’s entire responsibility to educate that child. The more students who use ESA, the higher per-pupil funding within public schools will go.

“We know through decades of experience that higher per-pupil education spending won’t increase student achievement, but the competitive pressure from Nevada’s ESA program will, as it has in states around the country.

“Given both the Arizona precedent and a clear understanding of how Nevada’s ESA program is structured, ESA are constitutional. The court should dismiss this case immediately.”