Put Me in, Coach – I’m Ready to Play Today

Crash Davis was always a hero to me. In the 1988 movie Bull Durham, Crash is a slugging catcher nearing the end of a long minor league career. He once spent 21 days in The Show. The greatest 21 days of his life, he said. 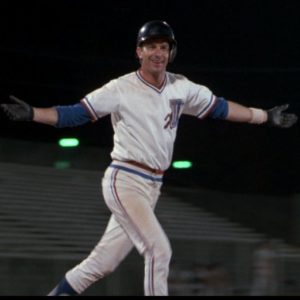 People remember the film as being hilariously about baseball, loose women, wild man-boys and great music – a loving tribute to all four. About witty repartee between Crash and Annie Savoy, a worshiper in the Church of Baseball and parttime community college English teacher. About the often funny, sometimes desperate, sometimes hopeful but mostly forlorn life in the minor leagues.

It was about all those things. But in Crash it was about a lot more. Craftsmanship and completion. Adjusting to change and new roles as one ages. Respecting the game, yourself and others. About mature full relationships between men and women. About teaching these manly virtues to the next generation.

At the outset, Crash is demoted from triple-A ball to the hapless single-A Durham Bulls because with his savvy and maturity he can play and be an on-field and clubhouse coach for young prospects. Make that, “projects”.

The organization has just acquired a major project, Ebby Calvin LaLoosh, fresh from high school with a million-dollar arm and a five-cent brain. The bonus baby buys a Porsche, which contrasts vividly to the sorry lot of everyone else. Crash is assigned to teach this obnoxious kid not only baseball, but also life as an adult to prepare him for the big leagues.

Arriving simultaneously from opposite ends of the universe, they get into a fight at a bar over Annie, even before the kid knows who Crash is – let alone that the older man is supposed to become his mentor. Youth and athleticism are under-matched against experience and cunning in the fight, so Crash wins that. But the boy pitcher gets the girl, who convinces him to adopt the nickname, “Nuke”.

In one early game, the arrogant Nuke insists on throwing his heater (fastball) when Crash calls for the curve. To teach the punk to listen to his catcher, Crash tells the batter what’s coming, and he tattoos it, hitting the bull on the scoreboard and winning a free steak dinner. Increasingly from there, Nuke learns some modesty and common sense and to do what his catcher tells him.

As Nuke leads the hapless Bulls into a mid-season surge of joy and great baseball, Crash realizes that the kid will be called up to the majors late in the season. So, he begins to instruct him in the essential soft skills: Mainly, how to speak in cliches. Crash dictates and Nuke learns.

When the phenom gets to The Show and is interviewed by a comely lady TV reporter, he has the presence to restrain his adolescent impulses and deliver his lines. Something like: “Just happy to be here, and I hope I can help the team. We’ll play it one game at a time, and with a little bit of luck and a lot of hard work, maybe something good will happen.”

He’s still a callow kid, but he’s on his way.

Meanwhile, Crash is working on a project that only he and Annie know about. He’s closing in on perhaps the most bittersweet record of all, the minor league career homerun record. A testament to great skills that were not quite great enough, but more to the character and craftsmanship that surely were. He has accepted his fate, and when he gets the record, he contentedly retires without telling anyone about it.

The whole experience has changed Annie, too, maturing her at last. So, while Nuke got the girl, Crash inherits even better and gets the woman. They plan a future together with him becoming a manager, hoping eventually to make it to the bigs that way.

All this comes to mind because four years ago this week, Mike Hessman of the triple-A Toledo Mudhens got the real minor league career homer mark by hitting his 433rd. He broke one that stood since 1937. He even hit 14 more in The Show. Not Stan Musial or Ted Williams, but still great character and accomplishment. May he, too, be blessed. 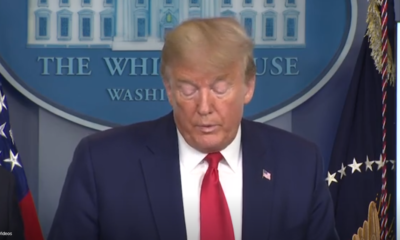 NN&V StaffApril 20, 2020
Read More
Scroll for more
Tap
The Deep State and The Dumb State
Things Really Are Much Better Than They Used to Be
Skip to toolbar