Republicans fight back against HUD rule to redraw your neighborhood 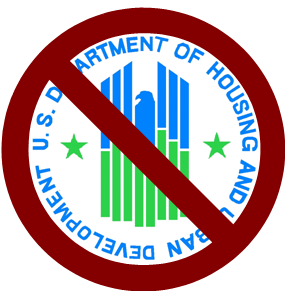 (Robert Romano, NetRightDaily.com) – In July 2015, the Obama administration via the Department of Housing and Urban Development (HUD) finalized a rule that will force local communities to build evenly distributed neighborhoods based on income and race.

According to the rule, “This final rule, and Assessment Tools and guidance to be issued, will assist recipients of Federal funding to use that funding and, if necessary, adjust their land use and zoning laws in accordance with their existing legal obligation to affirmatively further fair housing [emphasis added].”

But what about local jurisdiction over zoning matters? HUD is saying forget about that, they know better, and that your community’s zoning plan might be discriminatory because if it has too many nice homes to live in that poor minorities cannot afford.

Yet, this has nothing to do with housing discrimination, which has been illegal since the 1960s. Local rules only determine what can be built where, not who can live in a community.

Not everyone can afford to live in every community due to high demand for housing in certain areas. Home values are determined by market forces, not racism.

That is why House Republicans are fighting back. In June, it passed an amendment by U.S. Rep. Paul Gosar (R-Ariz.) to the Transportation and HUD appropriations bill that would bar the department from using any funds to carry out the rules.

But, defunds only last for the duration of the fiscal year. Meaning, a more permanent solution will be needed.

To that end, Gosar is also offering H.R. 1995, the “Local Zoning and Property Rights Protection Act of 2015,” which will block the HUD rule, and any successor rule that substantially similar, from ever being implemented. The legislation already has 22 cosponsors as of July 23.

Now reports from Capitol Hill state that Gosar will be requesting committee hearings be held as soon as possible on the legislation and the rule.

In the meantime, Sen. Mike Lee (R-Utah), is expected to be offering similar legislation on the Senate side.

Everyone knows President Barack Obama will veto stand-alone legislation against the bill. But the Republican majorities in the House and Senate should put it on his desk anyway, and force Democrats to sustain his veto. Hold as many votes as possible on the issue, and then make it a campaign issue in 2016.

But the issue is not merely for political fodder.

There is another real fight that can occur in the continuing resolution and/or omnibus fights at the end of the fiscal year. While Obama would certainly veto a stand-alone bill that stops the rule, it is much less likely he would veto the entire budget if it included the Gosar defund to stop it.

And with the fiscal year’s end on Sept. 30 fast approaching, there is little time for members to lose in making certain that defunding the HUD rule is in the discussion that occurs between House and Senate negotiators.

Otherwise, members might have to explain why they provided the funds for the neighborhood rezoning rule to be implemented. Like funding executive amnesty or Obamacare, this will not be an issue members want to get on the wrong side of their constituents on.