Roll Call: When the Second Time isn’t the Charm 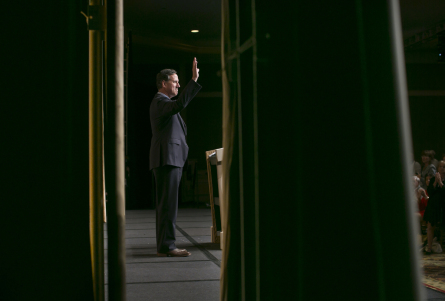 (Stuart Rothenberg, Roll Call) – I feel bad for Rick Santorum, Mike Huckabee and Rick Perry. They are presidential retreads at a moment when anything that is more than an hour or two old is passé.

John McCain was a retread in 2008 (having lost a bid for the GOP nomination in 2000), as was Mitt Romney four years later. Ronald Reagan was a retread in 1980, and Richard M. Nixon was one in 1968. But they’re ancient history. Times have changed.

Santorum was the last conservative challenger standing against Romney in the 2012 race for the GOP presidential nomination. Given that, and given the party’s historical tendency to nominate the “next person in line,” you might think the Pennsylvania Republican would get some respect from journalists and voters as a contender in 2016. But alas, nobody seems to be rating his chances very highly.

A June 14-18 NBC News/Wall Street Journal poll conducted by Hart Research Associates and Public Opinion Strategies found that 4 in 10 Republican respondents said they could not see themselves supporting Santorum for the GOP nomination next year. The former senator barely registered in the survey’s Republican presidential ballot test — or in Quinnipiac University’s Ohio, Pennsylvania and Florida primary polls.

That’s the same Rick Santorum who won primaries or caucuses in 11 states (including Iowa) and finished second in another 15 states (including Ohio, Pennsylvania, Illinois, Michigan and Wisconsin) fewer than four years ago.