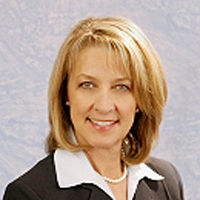 Nevada Attorney General Adam Paul Laxalt announced that Las Vegas residents Paulette Marie Goetz, 70, and James Henry Chase, 66, pleaded guilty in a criminal case involving an investment scam run through an entity doing business as Corporate Associates, Inc. Goetz who operated and controlled the business, pleaded guilty to one count of securities fraud and one count of multiple transactions involving fraud or deceit in the course of an enterprise or occupation, both category “B” felonies, while Chase, an employee of Corporate Associates, Inc., pleaded guilty to conspiracy to commit theft, a gross misdemeanor.

Through Corporate Associates, Inc., Goetz duped her victims into investing thousands of dollars by making a series of misrepresentations. She falsely promised that there was no risk involved in their investments, and that her investors were guaranteed a profit of at least 10 percent of their investment per month, among others. The money was never invested nor returned to the victims. For a period of time, Chase worked as a salesman for Corporate Associates and peddled the same investments on similar false promises. The victims named in the indictment lost a total of $232,500.

“Investment scams hinge on false promises,” said Attorney General Adam Laxalt, “And often cost victims thousands of dollars in hard-earned money. My office is dedicated to protecting the pockets of our public, and will continue to dismantle financial schemes.”

“A large percentage of fraudulent investment schemes are sold by unlicensed individuals,” added Secretary of State Barbara Cegavske. “I encourage anyone receiving investment advice to confirm that the advisor is licensed and that a security is properly registered. Individuals can check an investment professional’s background at brokercheck.org or by calling our office at 702-486-2440.”

This case was investigated by the Secretary of State’s Office, and is being prosecuted by the Office of the Nevada Attorney General. Both defendants are scheduled to be sentenced in the Eighth Judicial District Court on February 25, 2019 at 9:30 a.m.

The indictments against Goetz and Chase are attached. To file a complaint about someone suspected of committing fraud, click here.

NN&V StaffJanuary 27, 2020
Read More
Scroll for more
Tap
Our Political Has Self-Cleaning Banks, Just like the Daytona Speedway
SMART21: What It Means to You
Skip to toolbar