Will Obama hold fire on Trump? 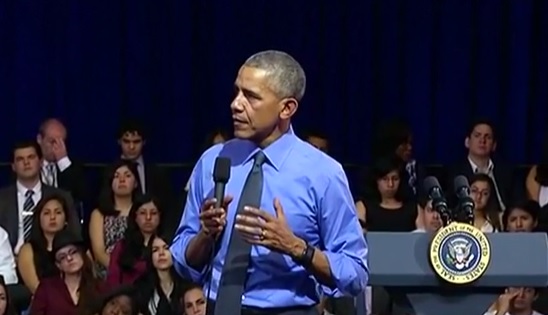 (Jordan Fabian, The Hill) – President Obama is grappling with the difficult question of how to handle his successor, Donald Trump, after he leaves office in January.

Obama has frequently lauded former President George W. Bush for moving off the political stage to give him space to govern, a courtesy he says he wants to extend to Trump.

But Obama knows he is being replaced by a president who’s vowed to roll back many of his core policies and whose worldview could not be more different from his own.

Obama has pledged a smooth transition of power, and in the process has made several friendly overtures to his onetime political nemesis.