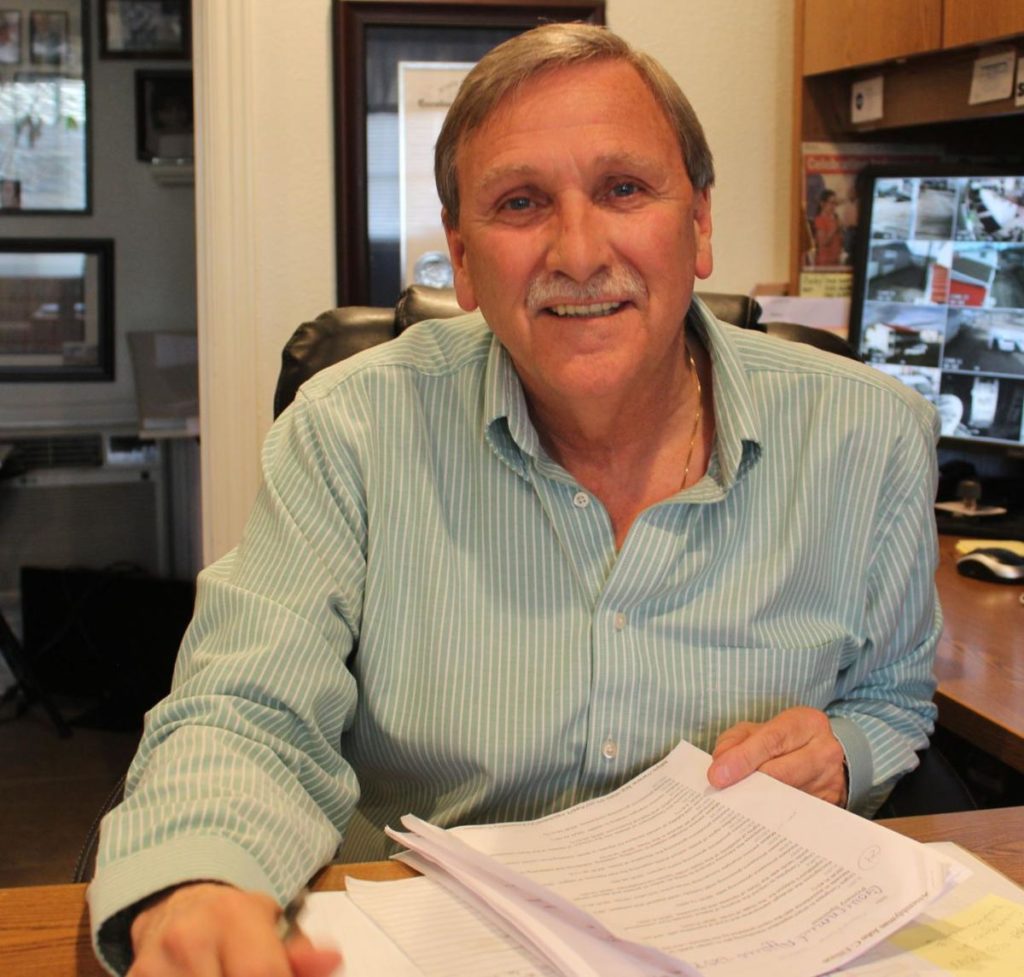 I grew up ranching throughout Elko County. I am a small business owner in Elko, Nevada. I’ve been in business for over 30 years. My wife and I have been married 38 years. We have 4 children – John Jr. (deceased), Billy, Michelle, and Nicole – and 8 grandchildren.

I am a small business owner. I’ve been in business as an electrical contractor for residential and commercial properties for over 30 years. I’ve also been in ranching most of my life all over Elko County.

I served on the Elko City Council, Planning Commission and Elko County Commission. I’ve been the sitting Assemblyman for District 33 for 4 terms.

The government should be for the people.  You’re elected by the people to do a job and you should go in the direction of those who have elected you.

I am running because I have always felt I was a voice of the people and do the people’s work. It is not because of the money because I pay out of pocket for a lot of it.

I have served 4 terms as the Assemblyman for District 33.  I have seniority in the Assembly, meaning I sit on committees that will have the most impact in rural Nevada. My door is always open to any and all constituents.

I feel like my opponent doesn’t have the experience – and I don’t believe that throwing money at the problems will resolve anything.

My top 3 issues are protecting water rights, public lands and our 2nd Amendment rights.  Also being pro-business, keeping tax base low and not changing the ad valorem tax in the state of Nevada.

I have not, and I feel like my record speaks volumes based on how I’ve voted in the past.

I am a strong conservative and have kept my promise to the people who elected me.  But if I was a new candidate I would sign that Taxpayer Protection Pledge, as all new legislators should who run on a conservative platform.

I support repealing the tax. I am pro-business and I feel like the commerce tax would kill some small businesses with a state tax against them.

I put in a bill to try and freeze it during the 79th session at the $4 million cap because I was afraid the $4 million would have been lowered and would have had a large devastating effect on small businesses.

Yes, I do and was disappointed when it was taken away this session.

No, I would not vote for the budget if it doesn’t include ESA funding.

Yes, because of voter fraud.

I believe in the right-to-work state and will continue to support Nevada’s right to work.

Minimum wage should be controlled by the workforce and government-imposed increases cause reductions in the workforce.

Yes, because it could be a source of income generated by the sale of the lottery tickets. The revenue should go into rebuilding state highway funds.

Obama care at its worst.  Yes, it needs to be rolled back because of the cost to the people.

Not if there are double-dipping salaries.  That’s a cost back to the public.

Yes, because you receive bills at the last minute and it’s hard to digest all the information at once. Also, concerned constituents will be able to voice their opinion better in this type of matter.

I had to vote on tax incentives in order to take parts of the bill out that would have been devastating to the people of Nevada.  But I do not encourage such tax incentives.

Absolutely. I believe every person has a God-given right to protect themselves at whatever costs. I also put in a BDR this session for constitutional carry again.

Ellison:  I’ll just end with this quote:  “Those that turn their guns into plows, will soon plow for those with guns.”

N&V StaffJanuary 6, 2022
Read More
Scroll for more
Tap
Why You Should Doubt the “No on 3” Campaign Against Question 3
Citizen Outreach PAC Endorses John Ellison