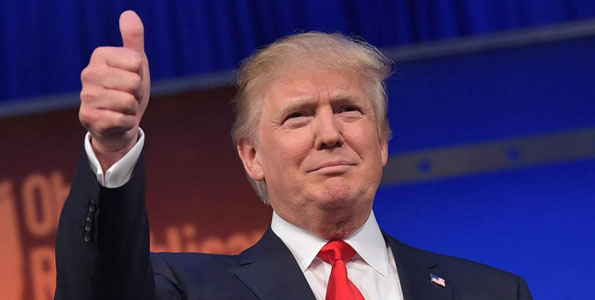 (Chuck Muth) – In order to make America great again, we need to once again celebrate and champion success, rather than disparage, demean and ridicule it.

While best known for his “The Art of the Deal” book in 1987, Donald Trump authored another book in 2004, “Think Like a Billionaire.”  I picked up and read a copy last week.

2.)  “Always pretend that you’re working for yourself.  You’ll do a wonderful joib in that case.  It’s simple, but it works.

3.)  “You have to love what you’re doing, because then it won’t seem like work to you. . . . Billionaires love their jobs – not because their jobs make them wealthy, but because they wouldn’t have become so wealthy doing something they hated.”

4.)  “If you’re finding that you don’t love your job…fire yourself and go do something else. Life’s too short and work’s too important to stick around in a situation that’s not working. . . . Once you know you love your job, never stop and never give up.  If you have a concrete wall in front of you, you must go through it.”

Unless, of course, that concrete wall is on the border with Mexico!

5.)  “If you’re interested in balancing work and pleasure, stop trying to balance them.  Instead, make your work more pleasurable.”

6.)  “If you want to truly be rich, recognize the virtue of making your own choices versus doing what is expected or what everyone else is doing.  If wine makes you ill, don’t drink it just because you think it makes you seem sophisticated or worldly.”

7.)  “To be a visionary and to be a billionaire, you have to chase impossibilities. . . . Billionaires don’t care what the odds are.  We don’t listen to common sense or do what’s conventional or expected.  We follow our vision, no matter how crazy or idiotic other people think it is.”

8.)  “It’s often to your advantage to be underestimated. . . . One of the reasons President Reagan was such a successful candidate for office was because rival politicians consistently misjudged him.”

So did Trump’s political rivals.  Every…one…of…them.

9.)  “The best way to impress people is through results. . . . I’ve met some brilliant businesspeople in my time, but some of them will never be billionaires because they never act on their brilliant ideas.”

Here’s a good one for millenials in college…

10.)  “Don’t gripe about having to work during school.  It will be better for you in the long run, not only for your finances but for your character.  You will graduate with a top-drawer education and work experience to boot.”

11.)  “It’s also wise to consider from an early age what professions pay well, and plan accordingly.”

And, um, about getting that job…

12.)  “Always remember: Dress for the job you want, not the job you have.  I can’t stand to see the way some people dress for work these days.  It’s criminal.  If anyone comes into my office in sneakers, or ripped clothing, or attire that looks like it belongs in a nightclub, I just can’t take him or her seriously.  People want to do business with people who look good, and if you look like crap, you’re not going anywhere.”

Many a worker needs an attitude adjustment, as well…

13.)  “If, during the workweek, all you can think about is how many hours and minutes there are until the weekend, you’ll never be a billionaire.  You’ll never even be a millionaire, most likely.  I hate the phrase ‘TGIF,’ and if you want to think like me, you should hate it, too.”

14.)  “When you’re successful, people will kiss your ass and clamber to be around you.  When things aren’t going so well, loyalty and disloyalty surface naturally. . . . One thing I have learned in life is that if someone is disloyal to you once, they will be disloyal to you again.”

15.)  “Be well traveled and cultured.  There’s no excuse for staying home; the world’s too fantastic to miss out on it.”

17.)  “Remember people’s names and small details about them.  Use both in conversation.  People love to hear their names and their stories said out loud.”

20.)  “I don’t keep a particularly neat office.  There is order to the apparent chaos, however, and I’d rather by effective than just tidy.”

21.)  “I usually sleep about four hours per night.  That’s all I need and it gives me a competitive edge.  I have friends who sleep ten hours a night and I ask them, ‘How can you compete against people like me if I sleep only four hours?’  It rarely can be done.  No matter how brilliant you are, there’s not enough time in the day.”

25.)  “Never just pick something generic (when buying gifts).  It’s a waste of money, and the gesture will be forgotten in a second.”

26.)  “We are faced with a barrage of requests each and every day – for time, for money, and for favors.  We have to learn to say no most of the time, occasionally to some worthy causes and some great opportunities.”

One of Trump’s employees was badly mauled by a “pet” pit bull.  If you’ve ever witnessed a pit bull attack first-hand, as I have, you’ll agree 100% with this one.

Anyway, what are you waiting for?  Help make America great again by changing some things in your own life to make YOU great.  It’s an exciting time.