Obama’s Gas Tax Will Nail You in the Gas Tank 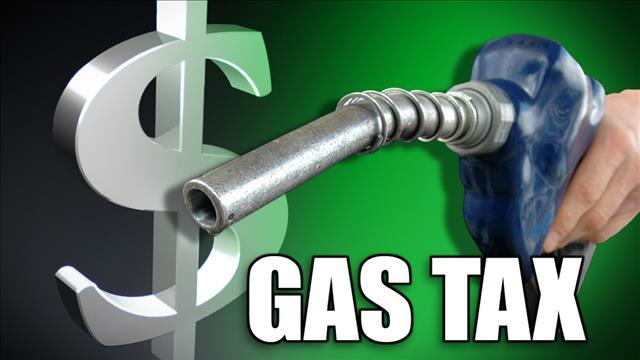 (Tim Wulf) – As a small business owner and a retired economics professor, I know how hard it is to run a business when you have a government that doesn’t understand how its policies impact a business’ bottom line. So when I read the President Barack Obama’s proposed budget last week, I was frustrated with many parts of the $4 trillion plan.

But what really irked me was his proposal to put a $10 tax on every barrel of oil.

This tax is expected to raise $319 billion over 10 years for the federal government, for allocation to a “21st Century Clean Transportation System,” which will likely include renewable energy boondoggles propped up by massive subsidies, which we’ve seen fail in the past. It won’t mean dollars to help repair and expand road and bridge infrastructure in Nevada, which is desperately needed.

Obviously, President Obama hasn’t bought gas in Nevada, or he’d know that our state has the second-highest prices in the continental U.S., behind only California. The tax would increase the cost of gasoline by 25 cents a gallon, or $5 a tank, which would have a significant impact on Nevadans.

That $5 adds up quickly for folks who drive for a living — taxi operators, couriers, farmers, truckers and now ride-hailing companies such as Uber and Lyft. And wow about workers with long commutes? They will all feel this tax in their pockets.

Taxes on any kind of energy always get passed onto the consumer. Thus, this tax on a barrel of oil would result in a tax increase that would be borne disproportionately by lower- and middle-income consumers and seniors on a fixed income.

At a time when household incomes are declining and the cost of food is increasing, the only thing helping Americans make ends meet is lower gas prices. Low energy prices for home heating and cars is all that’s keeping the cost of living in check.

Yet while the low price of oil may be good for us consumers, oil companies are losing money hand over fist at current prices. So reducing net revenues by $10 per barrel would effectively destroy the domestic oil business.

Job growth in the private sector slowed in January, primarily because layoffs surged to the highest levels since July as employers in the retail and energy sectors sent out pink slips.

There were 20,246 energy job layoffs in January alone, marking the highest monthly total since the start of the oil price decline in mid-2014. That reduction in price has led to massive cost-cutting in the industry, from oil companies to oil equipment makers scattered around the U.S., including in Nevada.

This tax will also negatively affect the agriculture industry, which uses gasoline and diesel for operations. Agriculture is one of Nevada’s most important industries, generating more than $500 million annually to our state’s economy. There are more than 2,500 locally owned farms and ranches in our state. I don’t know how those family farms will be able to absorb the thousands of dollars on higher gas prices, short of pushing it on to consumers. So much for eating locally grown produce at a reasonable price.

Congress has been dancing around tax reform for 20 years, but it hasn’t had the courage to tackle the issue in a comprehensive way. Maybe with this threat of a new tax, lawmakers will finally realize that it’s time to simplify the tax code and make it fair to all industries, instead of picking on one sector over another.

Small business workers, the middle class and the many Nevadans on a fixed income — senior citizens, retirees, the underemployed and unemployed — will be hit the hardest. Increasing the price of a tank of gas by $5 or $7 is significant chunk of many Nevadans’ household budgets. This tax isn’t fair, and Congress should just say no.

Mr. Wulf owns a small business in Reno, is a retired economics professor and is chairman of the National Federation of Independent Business Leadership Council for Nevada. This column was originally published by the Las Vegas Review-Journal on February 17, 2016

N&V StaffOctober 7, 2022
Read More
Scroll for more
Tap
Breaking and Entering at the Border has Consequences
4 key players in the Supreme Court brawl are right here in Nevada