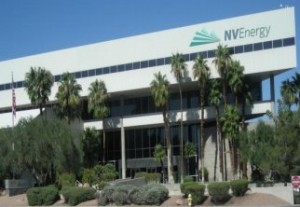 Power company to be on hot seat in hearings on net metering, exit fees and new power plant rumors

(Chuck Muth) – It seems oddly appropriate that the Nevada Public Utilities Commission (PUC) has scheduled three days of highly contentious hearings just before the Thanksgiving holidays, because the regulatory board certainly has a full plate on its menu. Here are three key flashpoints to keep an eye on…

1.) Net Metering: Big Solar will be out in force trying to protect government and ratepayer subsidies for its industry. The big issue is how much NV Energy will be forced to pay rooftop solar customers for the excess electricity those homeowners generate that NV Energy neither needs nor wants.

The system in place now is akin to you and I being able to force Starbucks to buy, at a retail price, the excess coffee we brew at home.

Big dollars are riding on this issue, and the utility appears to have the moral high ground regardless of the passionate objections of the tiny number of rooftop solar customers.

2.) Exiting the Grid: Three large casino/resort companies – Wynn, MGM and the Las Vegas Sands – want to leave NV Energy and buy cheaper electricity from competitors on the open market. And while that certainly sounds like a simple issue for free-market conservatives, there are two problems with this request.

One, back in 2013 the mega-resorts reportedly approved an agreement that committed them to buying their electricity from NV Energy for a specified period of time, and if they wanted to leave there would be a substantial “exit” fee to cover the long-term electricity NV Energy was contractually obligated to purchase under the assumption that it would be providing electricity to those large resorts.

What the mega-resorts appear to be asking for now is to renegotiate the contract terms for leaving NV Energy and sticking the rest of us with the bill. That hardly seems fair to us little guys.

Secondly, it’s a great idea to open the market and let anyone purchase their electricity for a lower price from competitors. However, for it to be a true free market the playing field needs to be level. Which means NV Energy’s competitors either need to be required to operate under the same public utility regulatory regime as NV Energy…or we need to deregulate NV Energy.

As a free-market conservative, put me down for deregulation.

3.) New Power Plant: In recent weeks, much hullabaloo has been raised over rumors that NV Energy was proposing to build a new power plant rather than buy electricity from existing power plants that it does not own.

But in sworn testimony submitted on October 19, Paul Caudill, the company’s president and CEO, stated emphatically that it was “incorrectly reported” that NV Energy was trying “to ‘terminate’ a power purchase agreement with the Griffith generating facility located in Arizona.” And I’m told that NV Energy and Griffith are, in fact, at the table negotiating.

In addition, Caudill added that it was also incorrect that NV Energy was seeking “permission to build a new natural gas fired generating plant in 2020.” He said the company was only asking for permission to conduct a feasibility study “should a future project” be needed.

Which certainly sounds reasonable and prudent in a volatile industry going through considerable disruption these days, but who knows how the PUC commissioners will see.

In any event, with this level of contention packed into three days of hearings, I suspect an awful lot of people are going to suffer an awful lot of heartburn even before the turkey hits the table.