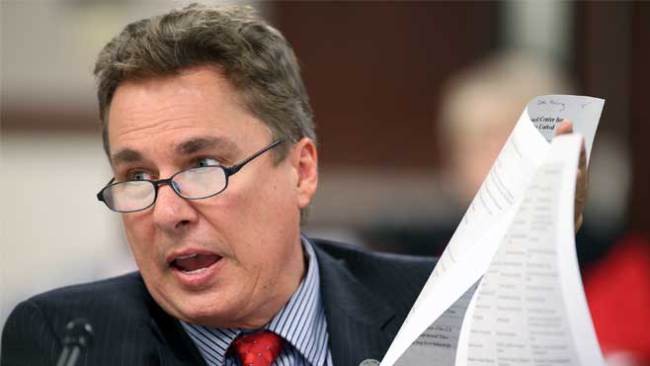 (Brent Jones) – In reading Clark County School Superintendent Pat Skorkowsky’s recent column (“Give voucher money to Clark County School District,” 5/22/17) in opposition to funding the Education Savings Account (ESA) program – which I proudly voted for as an assemblyman in 2015 – I had a hard time figuring out if his opinion was based on ignorance or arrogance.  Talk about “alternative facts”!

1.)  Mr. Skorkowsky claims “massive budget cuts” to education in recent years.  But the reality is that spending on education in Nevada has actually skyrocketed over the last decade – with no discernible impact on education improvement.  Indeed, our public schools continue to languish at the bottom nationally for just about every metric.

2.)  Mr. Skorkowsky calls for additional funding for low-income and English language learners without mentioning that those students already get a ton more money from federal grants and such than other students receive.  And again, with no discernible impact on education improvement.

3.)  Mr. Skorkowsky claims that ESA money would allow parents to send their kids to private schools that “are not accountable for their students’ academic achievement.”  That’s a laughable accusation when you consider the lack of accountability for the ongoing failures of Clark County’s public schools.

Regardless, according to state law private schools must provide “at least the curriculum required of our public schools, 180 days of instruction and the same number of minutes of instruction per day that is required of public schools.”  They must also “be licensed by the Nevada Department of Education and most private schools must submit paperwork every other year in order to keep the license current.”

4.)  Mr. Skorkowsky complains that the paltry $60 million to partially fund the ESA program would “strip” money “that could be invested in our 440,000 public school kids.”

Secondly, with all of the non-essential spending included in the budget that could be re-directed to education, why does Mr. Skorkowsky only complain about the money being set aside for ESAs?  The Economic Forum recently “gave” legislators an additional $144 million to spend.  Why isn’t he complaining that that money should go to his public schools?

5.)  Mr. Skorkowsky declares that he “supports families who want school choice.”  But ONLY if they choose a public school – which is like saying you can have your car in any color you want, as long as it’s black.

Fact is it’s NOT choice if it’s the government, rather than the parents, who get to choose – just as they get to choose their child’s doctor or dentist.

6.)  Mr. Skorkowsky claims that “our poorest and our minority families are not applying for these vouchers.”  That’s just patently false.

As the Review-Journal’s own Glenn Cook noted in a 2015 column, “a majority of (initial ESA) applicants have a household income of $64,908 or less,” adding, “That’s not rich by any definition.”  And the Nevada Policy Research Institute revealed that “over 20 percent of the families (applying for an ESA) qualified for free and reduced lunch.”

This is an opinion founded in the ignorance of a professional government bureaucrat who doesn’t understand how “supply and demand” works in the real world.  Indeed, you can bet that once parents in rural areas start waving around $5,000 checks the private sector will find ways to accommodate them.

In addition, the ESA program can also be used by homeschoolers – a growing option chosen by many rural families who could certainly use the help paying for online education services.

And finally, the last thing rural schools should do is take education advice from the head of the worst public school district in the nation.  That’s like asking a homeless guy to advise you on what stocks to buy for your retirement account.

The bottom line is this:  True school choice – public, private or homeschool – should be made by the parents, not government bureaucrats and educrats.  And low- and middle-income families who pay taxes should have the means to exercise true school choice just as wealthy families do.

I understand that Mr. Skorkowsky is just trying to protect his turf.  But maybe he should devote more attention to protecting the futures of Nevada’s children.