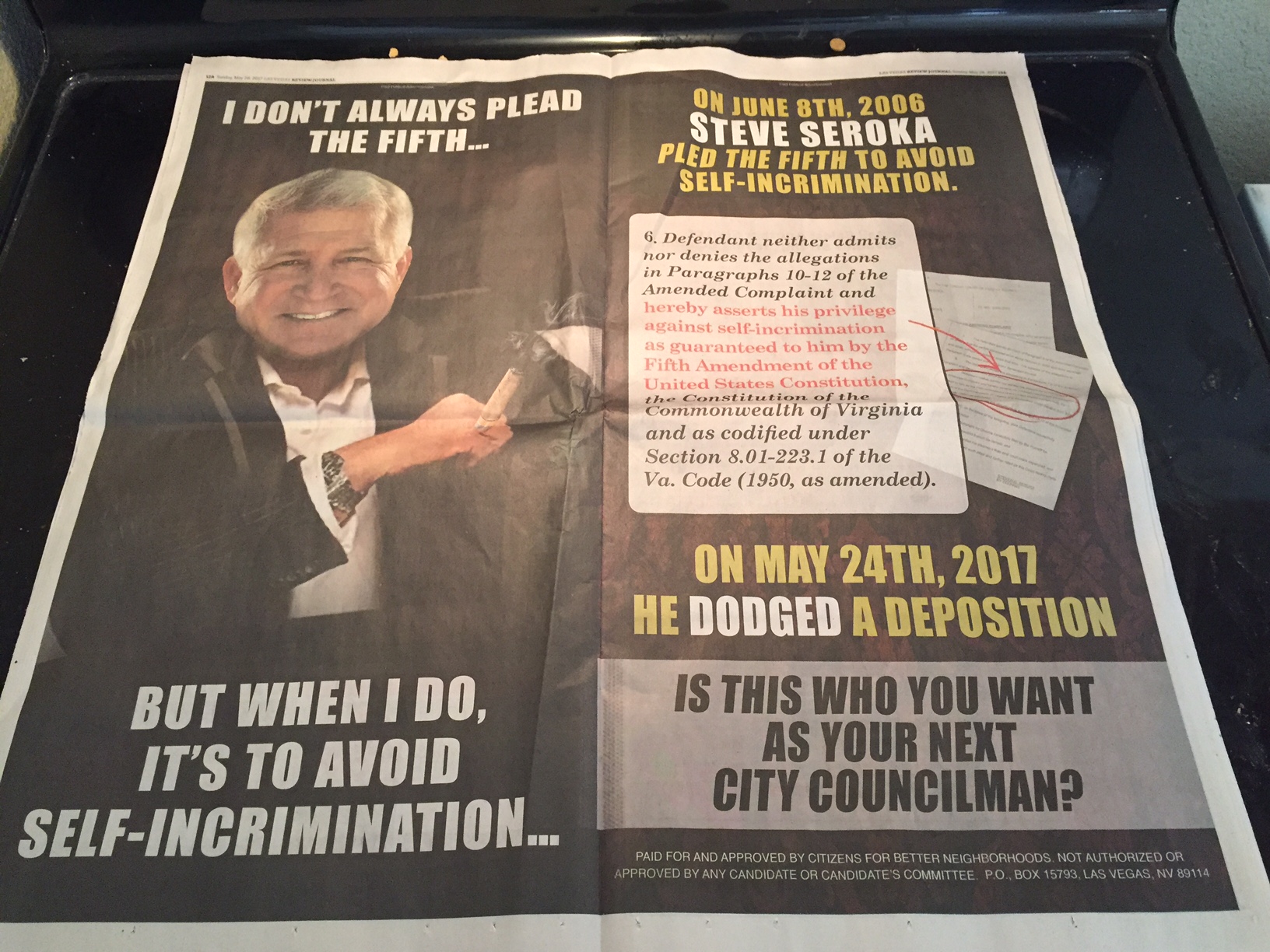 (Chuck Muth) – While Las Vegas City Councilman Bob Beers seems quite confident of his re-election on June 13, his supporters don’t seem so sure.  Indeed, they’ve sunk to the level of trotting out incendiary, decade-old divorce documents of his challenger, Steve Seroka.

The Beers backers have used his ex-wife’s claims to attack Seroka in a ham-handed, over-the-top mailer and a two-page spread advertisement in Sunday’s Las Vegas Review-Journal talking, for some reason, about the Fifth Amendment (huh?) and featuring a very flattering photo of a smiling Seroka (huh?).

Seroka is lucky that while the Beers backers have money, they don’t have a clue.

With turnout projected to be in the single digits for this race, anyone who says they know how it’s gonna turn out doesn’t know what they’re talking about.  Many voters who oppose Beers because of the Badlands Golf Course and Republic Services issues are passionate against him and far more likely to turn out than the average voter.

And the personal attacks via resurrecting Seroka’s 2006 divorce could easily backfire.

On the other hand, the Seroka campaign has been less than impressive.  They knew the divorce attacks were coming and did absolutely nothing to inoculate the candidate from them, even privately with close supporters who were blindsided by the controversy.

The incumbent still has the advantage, as incumbents almost always do.  But an upset in this race wouldn’t surprise me one bit.  And the fact that the Beers backers have resorted to such a gutter-level political hit tells me it wouldn’t surprise them either.