$85 Million Patent Verdict, Largest Ever Against Google, Wiped Out On Appeal

$85 Million Patent Verdict, Largest Ever Against Google, Wiped Out On Appeal
N&V Staff 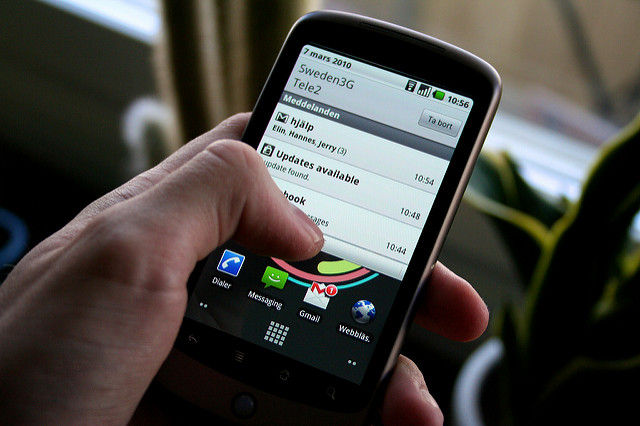 (Joe Mullin, Ars Technica) – In 2014, an East Texas jury ordered Google to pay $85 million to SimpleAir, a “patent troll” company with no business beyond enforcing its patents. It was a massive victory for the company, which claimed that Google’s use of push notifications in Android phones infringed its US Patent No. 7,035,914.

SimpleAir’s victory, the largest patent verdict ever won against Google, has since fallen apart. Google appealed the ruling, and on Friday a three-judge panel at the US Court of Appeals for the Federal Circuit held that the lower court judge didn’t interpret the patent claims correctly and that Google does not infringe.

The ruling is another signpost that while low-level patent trolling is thriving, the era of large patent troll victories may be waning. The chances of well-resourced tech companies like Google, if they’re willing to fight through an appeal, appear better than ever.

In January 2014, SimpleAir filed a second lawsuit against Google over similar patents, seeking more than $100 million for alleged infringement of those. A different jury found those patents, which were “continuations” based on the original ‘914 patent, not infringed after a trial last year.

SimpleAir is owned by the inventor of the ‘914 patent, John Payne, an Orange County Internet entrepreneur who was formerly the CEO of Stamps.com. The patent was filed in 1996 when Payne was running AirMedia, a company that pushed content onto desktop computers. “You can even pay a bit extra and connect your e-mail to AirMedia, which will then notify you when you have new mail,” explained PC Magazine, which gave the product its “Editors’ Choice” award in 1997.

Internet connections were slow back then, so Payne’s company bypassed the Internet, using the pager network to send notifications wirelessly. Users had to buy a NewsCatcher wireless receiver for $150 and an AirMedia service plan, which started at $24.95 per year. As the era of Wi-Fi dawned, the AirMedia system didn’t take off, and the company went bankrupt in 1999. Its patents were shifted around until SimpleAir was formed by Payne and his co-inventor Tim von Kaenel in 2004.

SimpleAir used its “push notification” patents to file waves of lawsuits in 2008 and 2013 against companies like CBS, eBay, Amazon, Apple, Yahoo, Microsoft, and MySpace. Only Google took the case to a jury. Those other cases settled, some of them likely for large amounts. During the trial, a SimpleAir expert said that Microsoft had likely paid $5 million to license the ‘914 patent.

The crux of the disagreement involved how to interpret the phrase “whether said devices are online or offline from a data channel associated with each device.” The lower court held that the claims applied to Internet-connected devices. The appeals judges said that phrase should be viewed in the context of the overall patent specification. Written during an era of modems, the patent discussed a remote computer getting information “instantly—even while it is off-line (i.e. not connected to the Internet).”

At the time of invention, the patent clearly imagined a non-Internet-connected device. With proper claim construction, the judges held that “no reasonable jury could have found infringement,” and they ordered the district court to enter a judgment of non-infringement.

The appeals panel rejected Google’s secondary argument that the SimpleAir patent should be held invalid because its description was too vague.

“The Court’s decision is fundamentally incorrect,” SimpleAir attorney Jeff Eichmann told Ars via email. “The Court has incorrectly limited the claims of this particular patent to a preferred embodiment that does not match the claims.” He also faulted the appeals judges for not taking heed of proceedings at the Patent Trial and Appeals Board, which upheld the lower court’s claim construction.

Joe has covered the intersection of law and technology, including the world’s biggest copyright and patent battles, since 2007.