A Fresh Look At A Stagnant System

A Fresh Look At A Stagnant System
N&V Staff 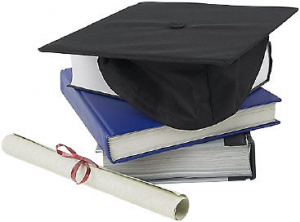 (Lori Piotrowski) – The Nevada System of Higher Education has issued a report. That may not be news to many folks, but it was an effort by Chancellor Daniel Klaich to learn more about the state of Nevada’s community colleges. Klaich sanctioned a committee in June 2010, tasking them to determine what works, what doesn’t, and what can be done to improve the system.

According to Fresh Look at Nevada’s Community Colleges, the state “educates more students with public funds…because of a scarcity of private sector postsecondary alternatives.” The report examined issues such as funding, remediation, technology, course relevancy, among others, and suggested ten ways to improve the system.

The NSHE report is a beginning, but the system needs an overhaul. The engine is still running, but its tune-up is long overdue.

Dr. Michael Richards, president of the College of Southern Nevada, was on the committee. He posted his synopsis of Fresh Look and asked faculty for their opinions. You can read his comments and those of others here.

On Monday, we’ll examine these ten suggestions and offer a few ideas of our own.