Should In-State Tuition Subsidies Be Capped? 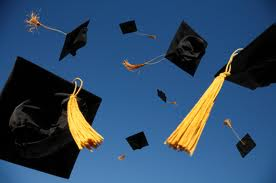 Now, educational achievement has always been a strong indicator of future employment. However, now more than ever, higher education attainment is crucial to competing in the job market.

In Nevada, only 21.5% of Nevada residents have a bachelor’s degree or higher – 6% less than the national average. This problem, though, can’t be entirely attributed to Nevada’s K-12 education system. Higher Education in Nevada, mainly UNLV and the University of Nevada Reno, should be partially held accountable for their extremely low graduation rates.  For example, of the students who began attending UNLV in 2004, only 14% of them graduated in four years or less. Only 40.6% graduated in six years or less. These numbers are flat out pathetic.

According to the National Center for Higher Education Management Systems, Nevada is second to last in the nation in six-year graduation rates.

Why are graduation rates so low?

First, the Nevada economy acts as a disincentive to higher education. Unlike other states, the Nevada economy is overly-reliant on sectors where employment doesn’t require a college degree. There is quick and easy cash to be made in the construction, gaming and tourism industries. Why would someone spend four years racking up student loans when you can make decent money right out of high school?

Third, students lack the motivation to finish school. As I noted in the first reason, the Nevada economy acts as a disincentive to students achieving a college education. But, let us not forget that personal responsibility comes into play in educational outcomes as well. In 2009, the average student, who was a resident of Nevada, took 11.9 credits a semester – less than a full load. At that rate, it would take a student nearly 5½ years to graduate. As it is relatively inexpensive to go to UNLV or UNR with financial aid, there is little push to take a full load. This, in turn, leads to students taking five to six years to graduate from college.

If students were only allowed five years of in-state tuition – how much would graduation rates increase? (Obviously, there would be exceptions to this rule such as financial hardship and whether they are working full time, but go with me.) People talk about their frustration when corporations with bad business models are bailed out. The same principle can be applied to students who have no work ethic. Five years of in-state tuition gives a full time student ample time to finish their degree. But, imagine if a student fails to finish their degree in five years and they lose out on the in-state tuition subsidy. The loss of that subsidy, which accounts to roughly $6,800 a semester at UNLV, would act as a very powerful incentive to students looking to not walk out with tons of student loans.

We should not discount the importance of personal responsibility when it comes to educational achievement. Instead, we should incentivize students to not only finish college, but finish it in a timely manner. It is one thing to subsidize a college education. It is another to subsidize the college lifestyle. Taxpayers should not be left the bill for  full-time students who take 6-7-8 years to graduate. Especially, when people with bachelor degrees or higher have a 4.3% unemployment rate.

So I leave you with my hypothesis. If we put a time limit of five years on in-state tuition subsidies, more students will graduate in 4-5 years. The federal government already puts limits on financial aid by forcing students to meet satisfactory academic progress. Shouldn’t Nevada use a similar system?