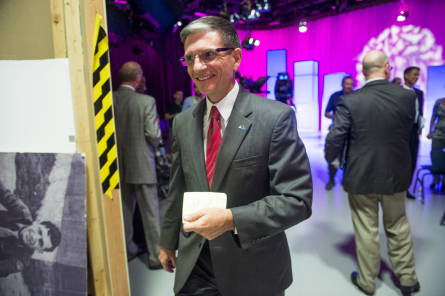 (Alexis Levinson of Roll Call) – The news Republican Rep. Joe Heck could run for the now-open Nevada Senate seat has shifted the landscape in the Silver State.

Since Senate Minority Leader Harry Reid announced his retirement, Heck has said he is reconsidering his earlier declaration he would not get in the race. By all accounts, he would be one of the strongest candidates on the Republican side.

“I think a lot of people are waiting on Congressman Heck’s decision. If there is anyone in the field who could prevent a messy primary, it is probably Congressman Heck,” said Nevada Republican consultant Robert Uithoven.

Heck, a brigadier general in the Army Reserves, is well-respected among Nevada Republicans. He has had proven success winning in the competitive 3rd District, pulling off a 7-point victory in 2012, even as President Barack Obama won the swing territory by 1 percent. Heck would also start with a financial advantage, having finished the first quarter with $920,000 in his campaign account.

The Republican field has been slow to develop, in part because the focus has been on the legislative session. Operatives expect the race will heat up in June, once the Legislature wraps up.