With some revision, Sandoval’s tax hikes not necessary 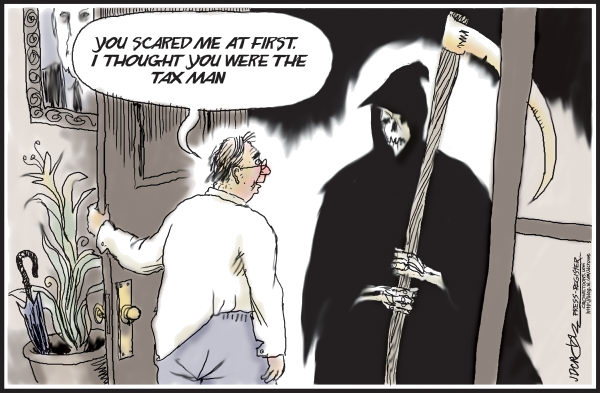 (Chantal Lovell) – “In this world nothing can be said to be certain, except death and taxes.” — Benjamin Franklin

Had Benjamin Franklin been living in 21st Century Nevada, his famous quote might have read something like this: In Nevada, nothing seems certain, except death and tax increases.

It appears that — regardless of who is elected, which party holds the majority, or how hard those in power have previously spoken out against tax hikes — demanding more money from people is the go-to solution for government’s and society’s problems.

Such is the case this year in Carson City, where Gov. Brian Sandoval is trying to sell legislators on the largest tax hike in Nevada history just months after speaking out against the margin tax that voters overwhelmingly rejected in November.

Sandoval’s proposed budget would increase spending by $1.8 billion above current levels and raise taxes by $1.3 billion on the workers and employers of Nevada.

Despite having spent the better part of last year campaigning against the gross-receipts-based margin tax that voters overwhelmingly rejected in November, Gov. Sandoval is now trying to sell legislators on the largest tax hike in Nevada history — in the form of gross-receipts-based “license fee” taxes.

Declining to accept ever-increasing taxes as inevitable, the Nevada Policy Research Institute has presented a detailed alternative state budget — one that increases spending without raising taxes.

Named the Freedom Budget, the Institute’s alternative provides line-by-line recommendations for each of Nevada’s 441 budget accounts for 2016 and 2017. By funding departments at levels the departments themselves requested, not more, by increasing spending more slowly than the governor has proposed, and by eliminating ineffective and unconstitutional programs, Nevada can avoid the higher taxes that would hurt working families and struggling businesses.

In addition to not raising new taxes, the Freedom Budget would also allow taxes that lawmakers and the governor promised were temporary to finally sunset.

The budget is driven by the idea that Nevada should increase spending, but at a slower rate than Gov. Sandoval currently proposes; use policy changes to make government more efficient; fund agency request amounts; and be limited to its core and Constitutional functions.

And, it uses the budget-drafting approach Gov. Sandoval himself used in 2011 when he was holding to what he’d called one of his “steady convictions” — that “raising taxes is not the answer.”

Another major difference between the Sandoval and NPRI proposed budgets is that the latter funds departments at the levels their respective leaders have requested — not more. It seems counterintuitive to offer state agencies more money than they’ve stated they need, then turn to taxpayers and tell them more money is needed to keep government running. But that’s exactly what is happening with the governor’s budget.

In fact, by simply funding agencies at their requested levels, the state can save taxpayers $38.4 million in general funds and $10.5 million in non-general funds over the next two years.

The Freedom Budget also aims to make government spending more accountable by allocating $10 million per year for performance audits, which would be overseen by the Controller’s Office. By making government spending and results available to the people, agencies will be forced to reduce waste and improve service.

Some joke that the only difference between death and taxes is that taxes get worse each time the Legislature meets. While that is often true, it doesn’t have to be the case this year in Nevada.

As the Freedom Budget makes clear, Nevada can do better and it doesn’t need to raise taxes to do it.