A Story of Republican Failure in the Nevada Legislature 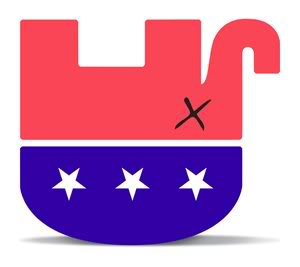 (David Mansdoerfer) – Throughout U.S. history, the political battles between Republicans and Democrats have been fraught with stories of give and take. Alas, the story of the 2011 Nevada legislative session is not one of those.

Instead, the 2011 legislative session embodied the true spirit of political ineptness. Republicans, for all of their talk, failed to retain the political advantage that had been afforded to them.

To the naked eye, Republicans had little power to set the agenda up in Carson City. Yet, even though they were vastly outnumber in the Assembly and in the minority in the Senate, Republicans had two things going in their favor.

First, they had Governor Sandoval’s veto. In this, any bill that the Republican minority voted in unison against, Governor Sandoval could use his veto authority and stop the bill from being enacted.

Second, and most importantly, in accordance to the Nevada Constitution, any bill that increases taxes or fees on the businesses or residents of Nevada requires a two-thirds vote in the Nevada legislature. This means that in addition to the majority the Democrats enjoyed in the state legislature, they would need two Republican votes in the Assembly and three Republican votes in the Senate.

So, when the Democrats added an extension to the 2009 temporary tax hike, which was set to expire in June of this year, to Governor Sandoval’s budget, they needed to reach a two-thirds majority in order to pass the budget.

Now, it is important to note, since Democrats controlled both of the Assembly and Senate, Republicans had extreme difficulty getting their bills even heard – let alone voted on. Time after time, Democrats would ignore or steal from the best pieces of legislation that Republicans could offer.

Yet, when Democrats needed an additional two votes in the Assembly and three votes in the Senate, what did Republicans do? Did they negotiate the passage of important conservative legislation, or did they roll over and give away the store for free?

By way of making a point, if the Republicans had stood their ground and played hardball during the debate over extension of the “temporary” tax hikes, there were three bills they could have passed that would have substantially benefited the citizens of Nevada.

Assembly Bill 312, a bill to reform the prevailing wage rate laws in Nevada, would have saved the Nevada taxpayer a lot of money by introducing competition into public works bids and limited what these bids could include. Currently, when a contractor gives an estimate for a project, they can include pension costs, healthcare, and holiday pay. AB 312 would have limited the additional benefits contractors could include in their cost estimate, thus, saving the Nevada tax payer money.

Assembly Bill 440 would have created the Legislative Committee on Reduction of Nonessential State Expenditures. Specifically, this new committee would have been tasked to study each state agency in Nevada and determine the necessity of each program. Additionally, this committee would have also rooted out programs that are duplicative, fraudulent, inefficient and wasteful.

Senate Bill 71 would have introduced the Encouraging Parental Involvement Through Choice in Education Program. This bill would have created a voucher system that offered parents the opportunity to take 75% of the money the state would normally spend on their children to attend public school and allow them to use it to send their children to private school.

Clearly, these three common sense, conservative bills, and 23 others that were left on the table during the budget negotiations, would have substantially benefited the people of Nevada. However, since Republicans in both the Assembly and Senate could not stand together, they failed the people that elected them and the people of Nevada as a whole.

Since they were unable to negotiate anything in return for their vote on extending the temporary tax cuts, we now have to wait another two years to fight for school choice, reform prevailing wage rate laws, and study and cut the nonessential programs in Nevada.

This failure by Republicans as a whole has forced us to lament over the opportunities lost and the way things were instead of celebrating the way things could have been. Next time, Republicans should stick to their principles and use their position of advantage.