About the Climate Change Crisis, Emergency or Whatever

About the Climate Change Crisis, Emergency or Whatever
Ron Knecht 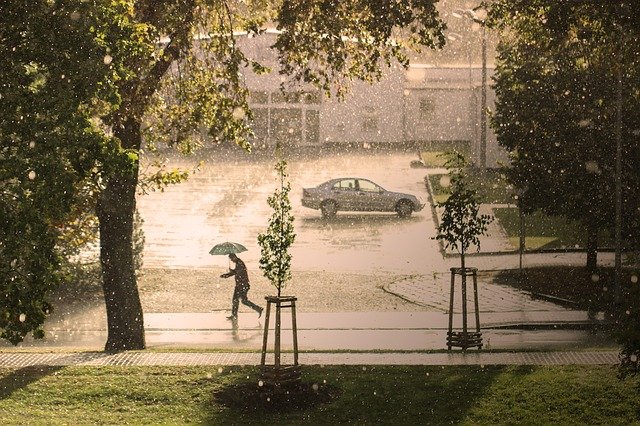 A key thing about measurements and forecasts of rapid human-caused (“anthropogenic”) climate change is that a sustained temperature change in any system is a result of a sustained imbalance in the energy flowing into and out of the system.

If the energy inflows to and outflows from earth’s climate are equal, the average temperature around the globe is roughly constant from one year to the next.  If inflows exceed outflows, there’s warming.  If outflows are greater than inflows, there’s cooling.

Energy flows into earth’s climate system from the sun’s radiation at a rate estimated at 340 watts per square meter per year at the top of the atmosphere.  However, only 240 watts reaches the earth’s surface.  The rest is reflected back into space.  Energy flows out of the earth’s climate system mainly by way of infrared (heat) radiation escaping into space, also estimated at 240 watts.

The vast majority of our climate energy inflows, estimated at 99.97 percent, come from the sun.  The greatest rates of insolation (the amount of solar radiation per square meter per time period) occur near the equator, while the least take place near the poles.  The rates vary in the intermediate areas, depending on how perpendicular to the sun’s rays the ground is (which varies over the earth’s surface because earth is roughly spherical).

Total insolation of the planet cannot be directly measured.  Instead, it must be estimated from many measurements, including the total heat the sun is generating, the heat capacities of parts of the earth and atmospheres, etc.  So, the 240 watts inflow figure is merely an estimate subject to measurement error.  The actual figure could be 235, 245 or some intermediate value.

Similarly, the energy outflow cannot be directly measured.  It must be estimated from the reflective effects of cloud cover, atmosphere, land and water surfaces, etc.  And the actual annual average outflow per square meter of earth’s surface may range between 235 and 245 watts.

Because the in- and out-flow measurements are subject to error, so is the difference between them.  Hence, it’s very difficult to know whether we’re experiencing warming or cooling as a planet.  As a surrogate for direct measurement, we can use the deep ocean temperature and related data to determine whether the earth’s overall temperature is rising or falling.

The idea is that deep ocean temperatures measure the overall ocean heat content much closer than surface measures do.  To measure deep ocean temperatures, salinity, currents, and bio-optical properties, a system of 4000 drifting “Argo floats” have been deployed around the world since the early 2000s.  Their readings are transmitted to research facilities via satellite.

Using these data and many others, the average annual energy in/out flows for the earth are estimated by scientists at about one watt, another figure that is just an estimate subject to error, reflecting the uncertainty in data used to estimate it.

The bottom line, according to Dr. Roy W. Spencer, Principal Research Scientist at the University of Alabama-Huntsville, is: our oceans have warmed very slowly the last two decades, by an average rate of 0.04 degrees centigrade per decade.

“As a result,” he states, “climate change could be mostly ‘natural’, and we would not know it.”

Because, he points out: “Climate models must be adjusted to not produce any ‘natural’ climate change, which the modelers simply believe does not exist.  Despite their belief, there is abundant evidence of past natural climate change events, the causes of which are largely unknown.”

Spencer concludes, and I agree: “These facts show that the hypothesis that humans have caused most, or all recent warming involves a large measure of faith. … This is the basis of their faith: That only humans can cause climate change.”