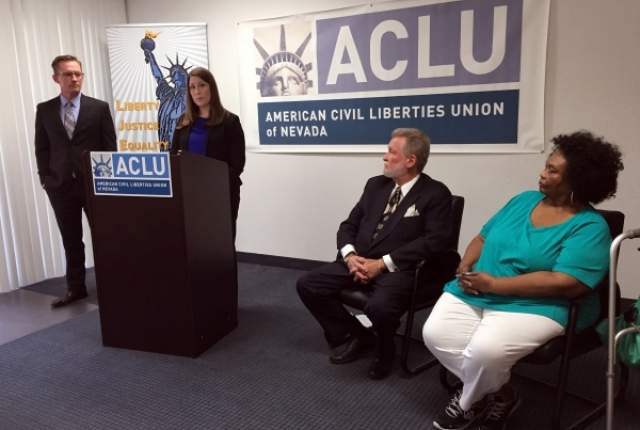 (Thomas Mitchell) – Many of the news stories about the ACLU suing to block implementation of Nevada’s education savings accounts (ESAs), approved by this past Legislature as Senate Bill 302, mention that such accounts were declared unconstitutional in Colorado recently. Like Nevada, Colorado’s state constitution includes a Blaine Amendment prohibiting the use of tax money for sectarian purposes.

Few stories bothered to mention that Arizona also has a Blaine Amendment in its constitution, but the Arizona Court of Appeals upheld Arizona’s ESAs two years ago.

That court found that ESAs were neutral toward religion by leaving spending decisions to parents, not the state.

“The ESA does not result in an appropriation of public money to encourage the preference of one religion over another, or religion per se over no religion. Any aid to religious schools would be a result of the genuine and independent private choices of the parents,” the court said. “The parents are given numerous ways in which they can educate their children suited to the needs of each child with no preference given to religious or nonreligious schools or programs.”

Yet Tod Story, executive director for the ACLU of Nevada, has been quoted as saying, “The education savings account law passed this last legislative session tears down the wall separating church and state erected in Nevada’s constitution.”

The Nevada Constitution says: “No public funds of any kind or character whatever, State, County or Municipal, shall be used for sectarian purpose.”

The ACLU lawsuit argues, “The Program establishes a system whereby, instead of enrolling their children in public schools, parents may obtain and use public money to pay for enrollment in private religious institutions. This is exactly what the Nevada Constitution forbids.”

Once it is in the hands of the parents, is it still public money?

After the lawsuit was announced, the Institute for Justice (IJ), which advised Nevada lawmakers drafting the ESA law, issued a statement. Senior Attorney Tim Keller said, “We worked closely with the state legislature throughout the drafting process to ensure the program’s constitutionality, and we fully intend to defend it against this baseless and cynical lawsuit.”

IJ helped Arizona defend its ESA program. Keller noted that, like Arizona’s ESA program, “Nevada’s ESA program does not set aside a single dollar for religious purposes, but instead gives parents a genuine choice as to how to spend the money deposited in their child’s education savings account. … The Supreme Court of the United States, as well as numerous state supreme courts, have already held that educational choice programs, like Nevada’s ESA Program, are constitutional. We expect the same from Nevada courts.”

Though opponents of the law say there will no accountability for the quality of education of those receiving ESAs, the law requires students with ESAs to take standardized examinations in math and English and make the results available to the state Department of Education, which must publish aggregate data on the results.

Republican Attorney General Adam Laxalt is tasked with defending the Nevada law from such court challenge.

N&V StaffOctober 7, 2022
Read More
Scroll for more
Tap
Another Episode of “Why I Hate the Government” + The Cheating Regent
NPRI’s Priorities: Strengthening the ESA, fighting against tax hikes