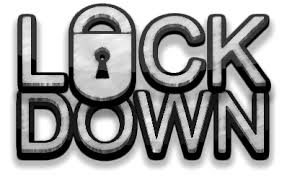 (Christina Parreira) – The Nye County (NV) Commission is considering the adoption of a new rule in their brothel ordinance that would force women who work at these legal establishments to be “locked down” on the property for days at a time.

“Courtesans are allowed to leave the Brothel Premises for six (6) hours per ten (10) day medical clearance period during the hours of 8 a.m. to 3 p.m.”

In a Las Vegas Sun article about this outrageous proposal, Nye County Commissioner John Koenig admitted that the lockdown provision was “proposed mainly by the owners and the people who run the brothels” and that “no sex workers were included in conversations about the proposed changes.”

How can you pass a law that so abusively harms these women without even talking to them?!!

And why aren’t state legislators, women’s rights activists and civil liberty organizations speaking out against this proposal?

The absurd “health safety” argument for this lockdown policy is that a woman who leaves the brothel might pick up a disease that could be spread to customers upon return.

Can you imagine “locking down” doctors and nurses inside hospitals for 10 days out of fear they might pick up a disease that could be spread to patients?

Or “locking down” waitresses, cooks and bartenders for 10 days out of fear they might pick up a disease that could be spread to diners?

1.)  If the concern is really public health, and not to continue the stigma against professional sex workers, then why even allow them to leave for six hours?  You can get an STD in six seconds!

2.)  Condom use in brothels is MANDATORY, so brothel customers are already well-protected whether the workers leave the premises or not.

3.)  No such “lockdown” rule is imposed in any other county that licenses and regulates legal brothels and there has never been a sexually transmitted disease (STD) outbreak that’s been traced back to any of them.

Professional sex workers in legal brothels should be able to come and go as they please when not working, just like every other worker in every other legal business in Nevada.

This “lockdown” rule is a PROPOSAL only at this point.  It still must be approved by the members of the Nye County Commission.  It’s scheduled to be introduced on October 15 and tentatively scheduled for a vote in November.

NOW is the time to voice your OPPOSITION.

Bear in mind we have no idea, at this time, what the position is of any of the Commissioners on this “lockdown” proposal.  DON’T assume they’re for it.

Simply state in your email that you are opposed and urge them to oppose it, as well.  Be firm, but respectful.  And let’s kill this thing.

Ms. Parreira is a former Nye County courtesan who is doing her doctoral dissertation at UNLV on the industry.  Her views are her own.