After Abandoning Trump, Joe Heck Predicted to Lose in Nevada 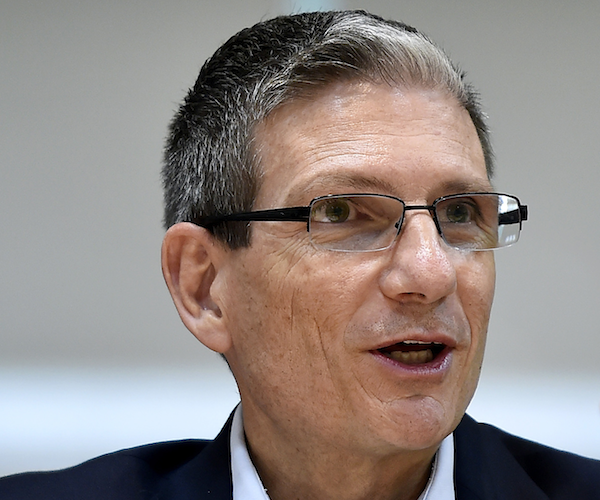 (John Gizzi, Newsmax) By ditching previous support for Donald Trump following reports of uncouth language he used 11 years ago, Nevada’s GOP Rep. Joe Heck is headed for defeat in the lone Senate race in which a Republican could pick up a Democratic seat.

Prior to his abandonment of Trump in October, Heck was shown in virtually all polls to be leading Democrat Catherine Cortez Masto for the seat of retiring Democratic Sen. Harry Reid.

The polls flipped, Heck was booed at GOP events, and Masto is now the favorite to keep Reid’s seat in Democratic hands.

“ I would have said Heck before he ‘unendorsed’ Trump,” Chuck Muth, president of the Las Vegas conservative grass-roots advocacy group Citizen Outreach, told me. “Now I think it’s a toss-up. “

Muth added that Heck “seems to have stopped the slide and is back in contention, but there are an awful lot of Trump supporters who won’t vote for him now.”

Both Brown and Muth agreed that freshman Republican Rep. Cresent Hardy was likely to be defeated by Democratic State Sen. Ruben Kihuen for also “disendorsing” Trump. As Muth put it, “I’ll be surprised if he survives and wins re-election.”

But both also agreed that Las Vegas lawyer Danny Tarkanian, who never abandoned Trump, was in a strong position to keep Heck’s seat in Republican hands and that Rep. Mark Amodei was a cinch for re-election. Amodei is Trump’s state chairman.

The Center SquareNovember 3, 2020
Read More
Scroll for more
Tap
Voters To D.C. Elite: Go %$#& Yourself
Assembly Caucus Circus is Back in Town